Made in the middle 50s, “Tobor The Great” is the embodiment of the human fears concerning space travels and experiments related to it. In the era of great dreams about conquering space, “Tobor The Great” touched the topic of robots becoming dangerous to the society.

A young scientist (a white, middle-aged man, of course) leaves the cozy position in the space science facility and joins the research of professor Nordstrom. The latter develops a unique robot – so unique he uses a creative name to refer to it – Tobor (a hint – Tobor is Robot read backwards). In reality, Tobor is a huge pile of clanking metal. It’s a powerful weapon, which obviously becomes a target for the Russian spies. It walks, it flashes with tiny lights and it is frickin awesome.

Before I dig into the movie itself, let me spare a few words about its director, Lee Sholem.

Born in 1913, the man directed and produced around 1300 films over the span of almost 70 years! He worked for both television and on his feature films. In reference to “Tobor The Great”, this gargantuan number means that there wasn’t much time to wrap up the production. Which might have sligthly influenced everything you’ll read below. 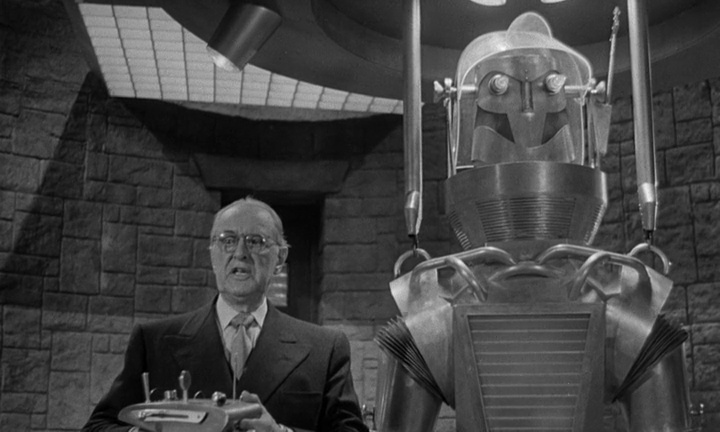 Tobor’s fighting skills are impressive. Simple as that, Tobor takes multiple opponents with one swing of his clanking arm. Pretty impressive, considering his pace of movement.

Tobor has eyetubes – one of the best sci-fi inventions of the last century.

The greatest robot hijacking attempt in the history of cinema. I’m certain that the Russian operation to get a hold of Tobor easily belongs to the pantheon of the cult scenes of the monster movies. Picture this: the Russian agents wearing long coats use a truck with a ladder (which makes hell of a noise while operating) to jump over the fence of Professor Nordstrom’s mansion. Then, the household’s incredible security system scares them off with sounds of bombs. After a bit of commotion, the secret agents pack their ladder and leave. It’s hilarious.

Tobor’s not so great after all. He betrays the young boy genius and tricks him into becoming his father figure. Which is not nice, right? Furthermore, Tobor doesn’t respect his master’s house and pretty much ravages it once let free. Not a cool move, Tobor.

The relationship of Tobor and the boy was disturbing to watch. The boy develops a certain kind of fascination with the big pile of walking metal. However, the moment when telekinesis is brought to the table, the relationship becomes uncomfortably weird. 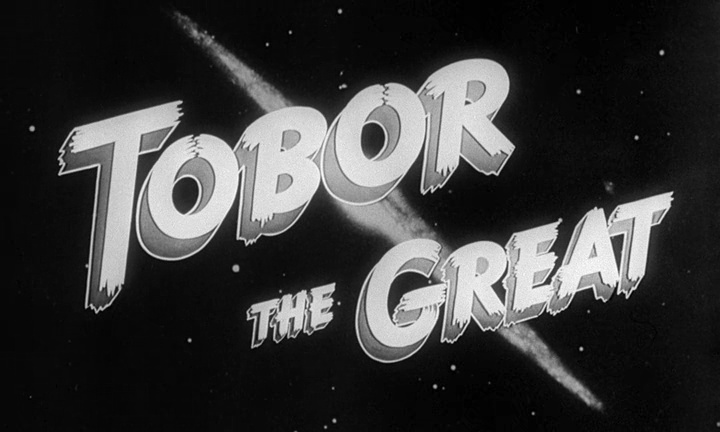 “Tobor The Great” leaves you in an open space for discussion about robotics, future of humanity and why would any robot need eyetubes. Me, together with my friends, discussed the film for quite some time, but the conclusion is one – “Tobor The Great” touches topics you do not expect from a 50s flick.