As an unsettling poem about the darkness of the human mind that “The House That Jack Built” is essentially, it’s also one of the most harrowing experiences you can buy yourself for the price of a cinema ticket.

The titular Jack is a sociopath killer, widely known in the media as “Mr. Sophisticated”. In a voice-over confession, which serves as the narrative of the film, Jack tells five various stories – testaments of his murderous instinct and desires.

What does a house mean to you?

A house brings to mind concepts like family and coziness, but also confinement and fear from the outside. It might refer to an interior and to its design. It’s where you rest, where you cry and laugh. In its most bare form, a house is walls and bricks and paint.

To Jack, a house symbolizes his Sisyphean task of building something lasting in his life.

Jack, an aspiring, but scattered architect (or engineer, as he finds it hard to distinguish these two), is one of the most psychotic serial killers that have ever been constructed for the sake of a film. He’s got no control over himself and, as profoundly explained in one of his monologues, he “walks under the street light to chase his own shadow” (which translates to periods before another killing takes place). The confession is structured to portray that very process – one brutal murder after another, with interludes in between to let the sick cells of his mind pullulate.

Frankly, these interludes constitute the philosophical delirium that is so well-known to von Trier’s art. The Danish filmmaker likes to open the vault of his “brilliant” thoughts and views, often resulting in extreme polarisation among the audiences. At times, these flows of thoughts make thoughtful points – like in “Melancholy” or “Idiots” – whilst others lack even a modicum of sense (like one of the worst films I can recall that is “Antichrist”). 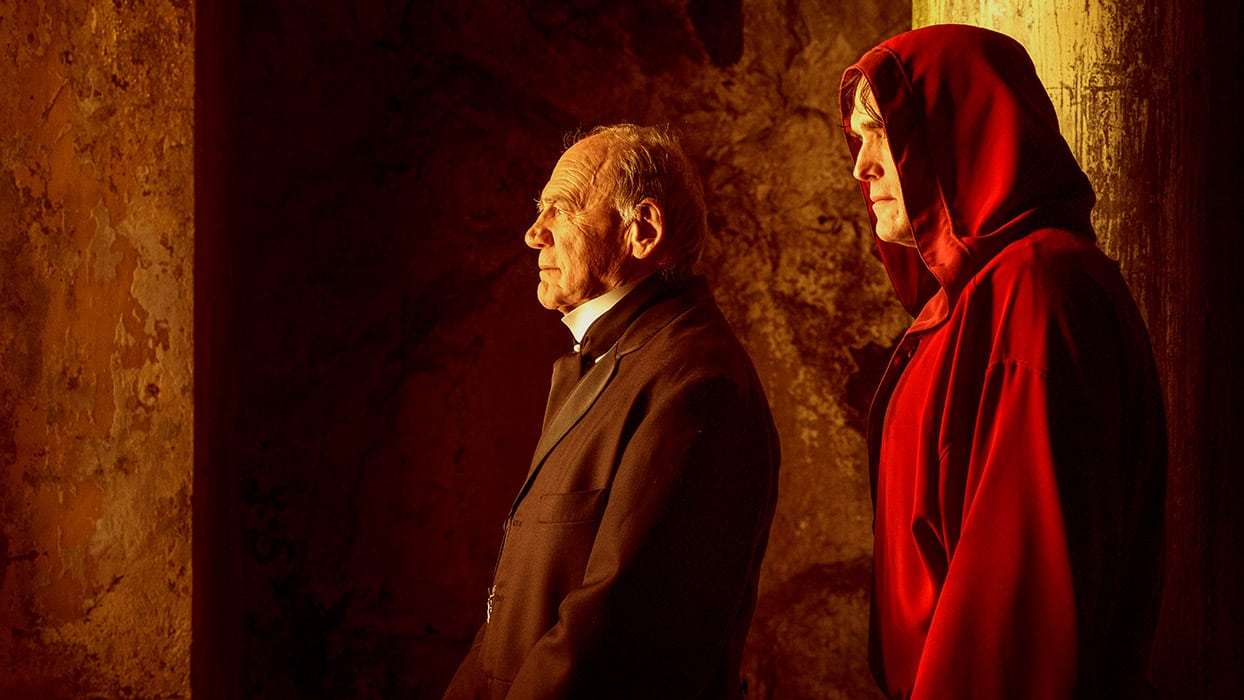 How is it with “The House That Jack Built”?

Jack is von Trier’s most complex, and by far most disturbing creation. Jack isn’t either Hannibal Lecter, nor a half-wit running around with a whizzing chainsaw. Jack is, to put it nicely, soulless. Von Trier often views the protagonist through the lenses of a grotesque macabre – like in a scene, when the sociopath hopelessly tries to break into a victim’s house by made-up excuses (it tactually serves as one of the comedic pinnacles of the whole film), which is then followed by his maniacal neat freakishness that jeopardizes his safety and almost gets him caught.

It’s these moments of over-the-top conversations and situations, when von Trier truly paints “The House That Jack Built” with vivid colours. However, just like the mind of his protagonist, the director’s vision is just as scattered. In one of the sequences, when Jack plays man-hunting with a family in the woods, von Trier goes full-creep and throws the viewer into the darkest corner of his imagination. The weight of that one sequence though leaves a bitter taste for the rest of the screening (and an unforgettable view that will haunt the faint of heart).

These moments deprave “The House That Jack Built” from being one of the wittiest and unconventional films about a serial killer in history. Why? Because Jack is in his elements only when von Trier doesn’t take him seriously, but frankly, the director likes to do just the opposite.

Even when the air gets almost unbearably thick, the essence of “The House That Jack Built” is, without a slightest doubt, Matt Dillon. The complexity of Jack is a hell of a role to play. Jack is ridiculed in his own, self-condemning manner (in the end, it’s him, who chooses the stories), but also a monster you’ve never seen before – a hideous predator that kills for the survival of his own deranged mind. Jack is pure, chaotic evil.

It’s also Dillon who patches the shaky foundations of the film, when things go off the rails. The leading role in a film so crude towards its audience, so unrewarding and slap-me-in-the-face like isn’t even remotely easy to pull off, yet Dillon’s hypnotizing charisma blossoms.

Is “The House That Jack Built” a good film?

It’s exotic in just as many ways you could imagine. From the ways its executed visually (the shaky camera, the uncomfortable zooms and dragged scenes) to the mumblecore pieces of acting and the philosophical pattern weaved into the film’s narrative – it’s all a blend that rarely takes place.

Just like the titular house that Jack finally builds, “The House That Jack Built” is a construct made by a tormented mind and about an even more tormented mind. But surprisingly, even when the guts-out imagery pushes you to turn your eyes away, a new force pulls you again in a split of a second. There is something disquieting about being drawn to Jack’s elaborations about art and architecture and cold-blooded murders. Even though I’d never want to witness Jack’s story again, it’s one of these stories that I will remember for a lifetime.