In this very sparse drama by Raul Arevalo, the inevitability of whats coming next is what truly resonates in the film.

One day, Jose (Antonio de la Torre) comes to a local bar, somewhere in Spain. He is a calm, very humble man. He begins to visit the place more and more often and soon befriends Ana (Ruth Díaz) – a single mother, whose husband’s behind the bars. Jose becomes very close with Ana and offers her an escape from Curro (Luis Callejo), the bad-tempered husband. However, Jose’s intentions might not be exactly as they seem.

Each time a film follows a silent, withdrawn character, it sets a trap for itself. When a protagonist is depraved of charisma and charm, there needs to be something else that causes him or her to be worth an investment.

Only a few films can pull off what “Drive” did.

Interestingly, Jose appears to be a a dogsbody – a man undeserving much notice from the audience.

It’s a great disguise, portrayed marvellously by Antonio de la Torre. The Spanish actor-veteran is in his elements as a sleeping volcano. De la Torre channels Jose’s grief and leaves us pondering – what’s beneath this patient facade? What is his plan?

Raul Arevalo, who co-wrote the script, masterfully crafts the main figures in this story.

“The Fury Of A Patient Man” doesn’t need Jose to burst with anger, because he is confronted by Curro. Luis Callejo’s character counters Jose’s calming nature by all means – he’s furious, dissatisfied with the years wasted behind the bars.

Ana also adds fuel to the fire, blindly falling for a man, who appears from nowhere. Her drifting away from Curro is one of the wheels that roll the story forward. And give more colours to both Jose and Curro.

The director’s cunning way of intersecting Ana, Jose and Curro imbues “The Fury Of A Patient Man” with a precisely timed (although slowcoach) pacing. Raul Arevalo is mostly interested in the way a man is desperate to fulfil his will, but he invests time in understanding how it impacts the surroundings too. Jose follows his own breadcrumbs and both Ana and Curro are left helpless and forced to follow.

At times, “The Fury Of A Patient Man” oozes a theatrical magic, as if the story was an adaptation of a play.

Raul Arevalo directs economically in almost every detail. Contrary to the Spanish temperament, there is very little of exaggerated expressionism. It’s traded for melancholy and reverie over grief. Even Curro’s outbursts become somehow smoother, as he willingly accepts his fate. Arevalo sees value in giving his character paint the story with their eyes and actions. 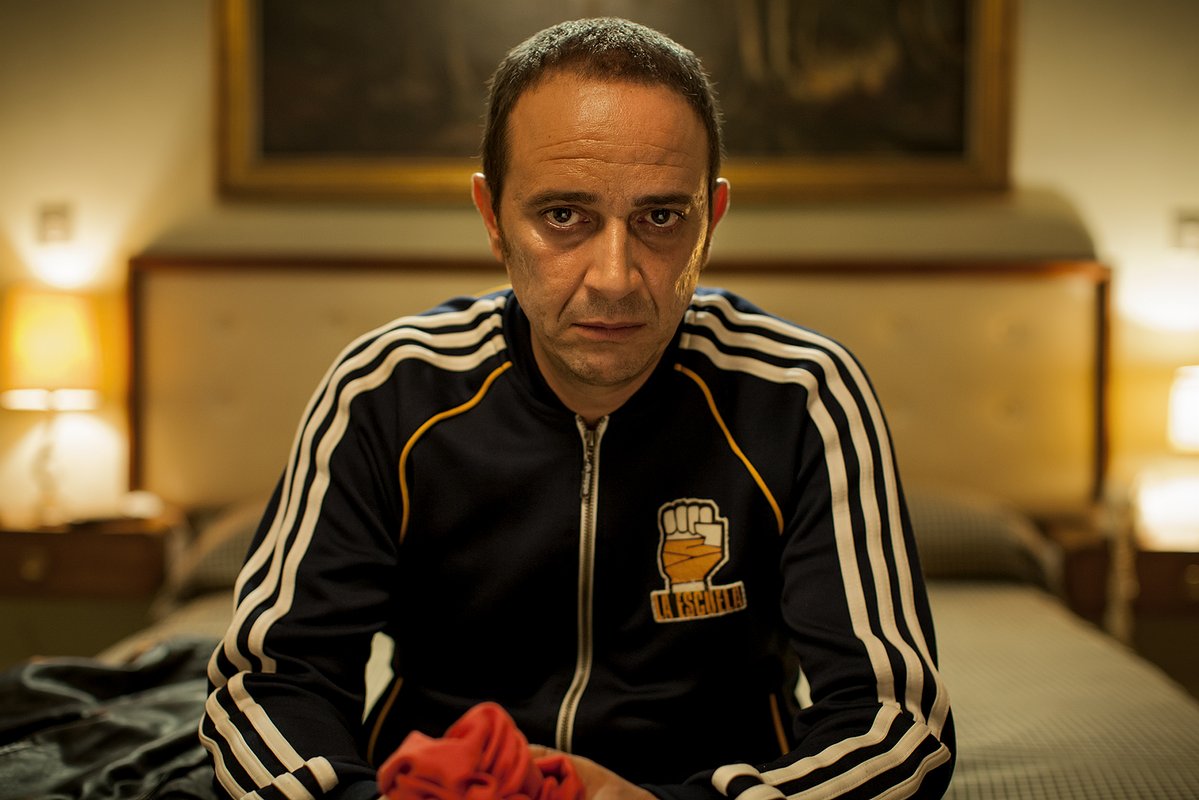 On the other hand, the story is quite self-confining.

The script conveniently follows the main characters. Raul Arevalo and David Pulido (co-writer of the script) choose to stick Curro and Jose for the most part, leaving the consequences of their actions in a hollow sphere. We never embark on a police pursuit, as if Spain in Raul Arevalo’s eyes was a post-apocalyptic lawless land. One will call it convenience, other – a shade of sloppiness.

Therefore, Arevalo’s story might not work for everyone. It’s contemplative, even when follows a “Blue Ruin” kind of story, it rejects hot pursuits and blasting cars. Fortunately, the well-motivated characters and the believable performances carry this short Spanish film.