The new TNT series will surely give you gothic-theme nightmares.

“The Alienist” is a new show by TNT and available for streaming on Netflix.

The story follows doctor Kreizler (Daniel Bruhl), a sort of psychoanalyst widely known as the alienist. His main area of workin the noir version of New York is child psychology. When a heavily mutilated body of a ladyboy is found on a bridge, Kreizler immediately begins his own investigation.

The creators of “The Alienist” set the mood almost instantly – New York is covered with a viscid fog of pollution, while the streets are filled with tatterdemalions. The dark, unsettling city bears resemblance to “Perfume: The Story Of A Murderer” at times, as well as “Penny Dreadful” or “Peaky Blinders”. Accompanying that disturbing unease is the equally harrowing soundtrack, filled with screeching violins and richly nuanced, electronic designs. The executive producer – Cary Joji Fukunaga – who has been the prolific director of “True Detective” has widely influenced the mood in “The Alienist”. His love for dark, very stylish cinematography is put to good use in the series. 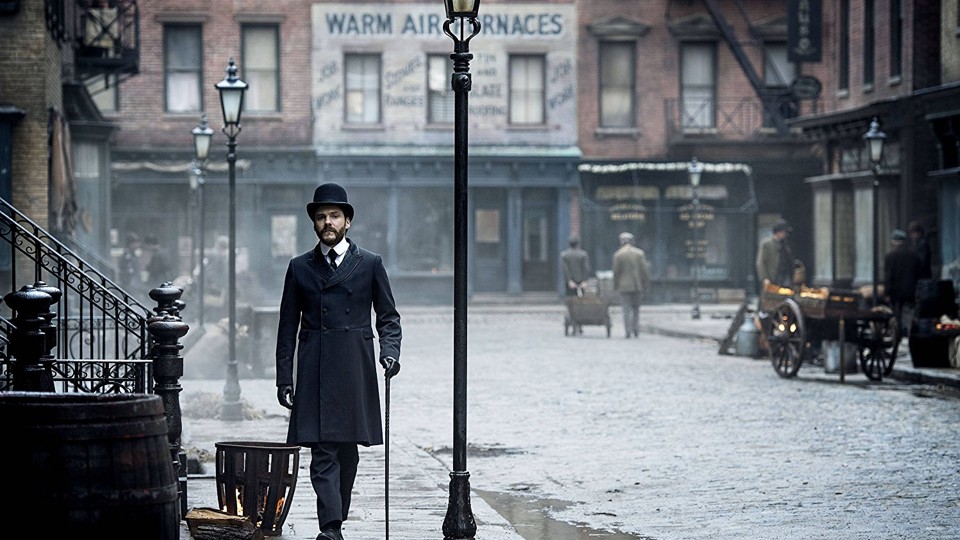 Obviously, a TV series – much more than a film – relies on its characters. Bruhl establishes a role that is an intersection between a genteel Sherlock Holmes and a creepy scientist, fueled by a craving to expand his knowledge. He is elegant and a bit distant, but manages to create a mystery around himself – at least lasting until the next episode.

His “Watson” is Luke Evans, who plays Moore, a newspaper drafter. He is the one called to the crime scene to sketch the boy’s dead body. Evans’ performance is hugely promising in the first episode, along with the withdrawn secretary of the NY police lieutenant, played by Dakota Fanning. They both are displayed as counterarguments to Bruhl obviously, but even the pilot episode sacrifices time to paint their basic pictures.

All in all, the pilot kept on the edge of my seat. These 44 minutes were entertaining in terms of storytelling and – most importantly – startling in the visual layer. I’ll definitely be back around with the full season review.