Following the story from the 1977’s original material, an American dancer Susie Bannion (Dakota Johnson) arrives at a famous dance academy in Berlin, to be taught under the watchful eye of Madame Blanc (Tilda Swinton). The girl believes she has just grasped the nettle, but soon she becomes entangled in the dark secrets, hiding in the colossal building. Her only hope of a getaway is Dr. Josef Klemperer (Tilda Swinton again) – an old therapist, who craves to understand the mysteries surrounding the academy.

When Dario Argento directed “Suspiria”, he instantly became a “late” enfant prodige of the European horror scene. It was a highly provocative feature – one, which portrayed the fear against feminism under the cloak of a radiantly powerful story of witchcraft. While time definitely took its toll on the prowess of Argento’s directorial pinnacle, a remake was still a highly hazardous undertaking. “Suspiria” was, after all, one of these groundbreaking movies that are hard to enhance.

Before diving into Luca Guadagnino’s attempt to revive and enrich the legend, let me clear out what constitutes – in my opinion – a lucrative remake. First and foremost, it has to bring something fresh. Simple as that. What’s more, if anything has to be omitted, it’s following the steps of “Psycho” from 1998 – probably the most ludicrous remake ever committed. A remake isn’t just a retelling of the story, because it has to stand on its own feet, as a standalone project. 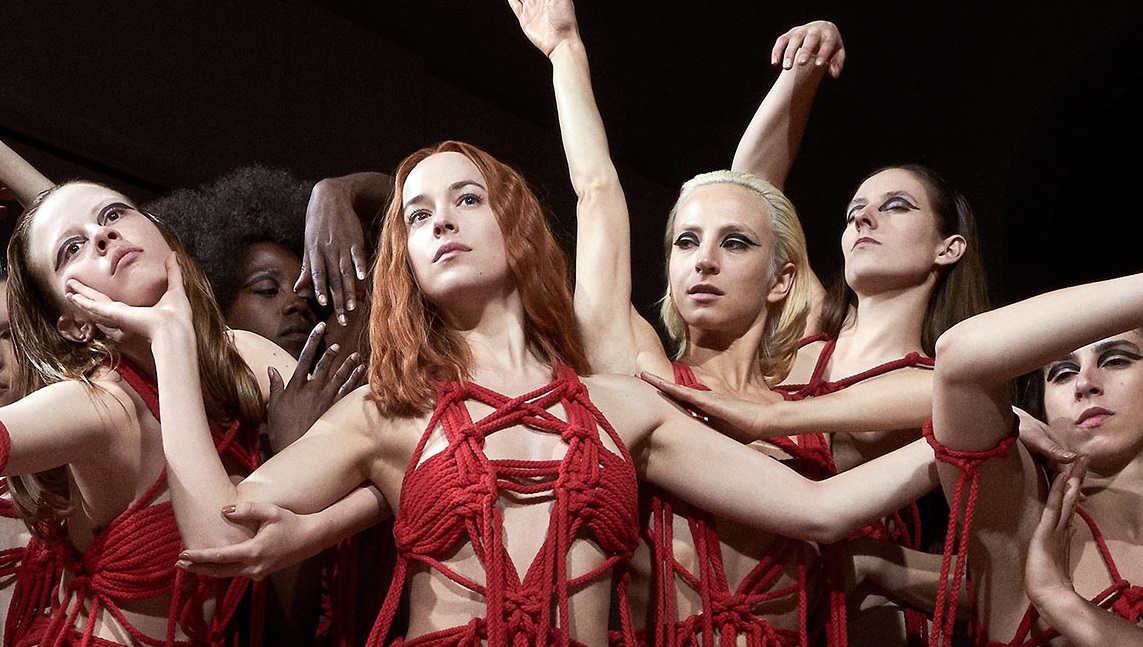 I’ll give Guadagnino that “Suspiria”, in all of its absolute trashiness, aims to expand on where Argento has left off. The script by David Kajganich (who worked with Luca Guadagnino before) adds a little bit of background for Susie Bannion. Susie is from Ohio and has a sick mother, whom she left in order to pursue her dreams.

The most important deviation from the original is, however, Josef Klemperer – the therapist played by Tilda Swinton deeply covered with prosthetic make-up for no reasonable explanation. The last key change is painting the political background for what’s happening behind the walls of the academy. Kajganich adds a side narrative in the form of news bits describing the RAF movement (also known as the Baader-Meinhof group) – a radical terrorist group that was responsible for several bombings, kidnappings and other crime activities in the late 70s. 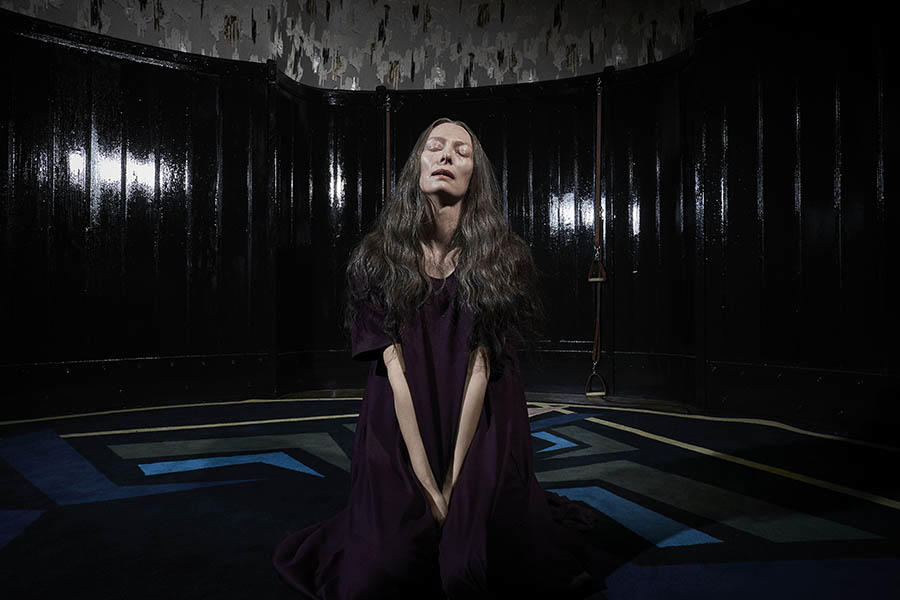 Unfortunately, none of these additions provide real value.

The most preposterous of them is by far the Berlin political instability that surrounds the academy. Guadagnino and Kajganich spend plenty of time narrating the Baader-Meinhof tensions – if it’s not the radio news, Susie and her friend Sara (Mia Goth) hear bomb exploding in the vicinity. Even if the sole purpose of introducing RAF was to paint the broader picture, it is so detached from all the witchcraft and actual story that it becomes pure nonsense. It doesn’t even help the director to highlight the fact that even the dangerous streets might be nothing in comparison with what’s happening inside some of the buildings.

The acting side doesn’t look any better. I cannot grasp the idea of masking Tilda Swinton with tons of make up, just to let her play a ludicrous role that could have been easily given to someone else. The whole Josef Klemperer subplot creates an incredible amount of razzmatazz for Guadagnino. A psychoanalyst, who struggles with his long-lost wife, becomes entwined around the Academy as a result of some obscure chain of event. As the only almost male character, Klemperer is an outcast in a plot that tries too hard to be inclusive about him. 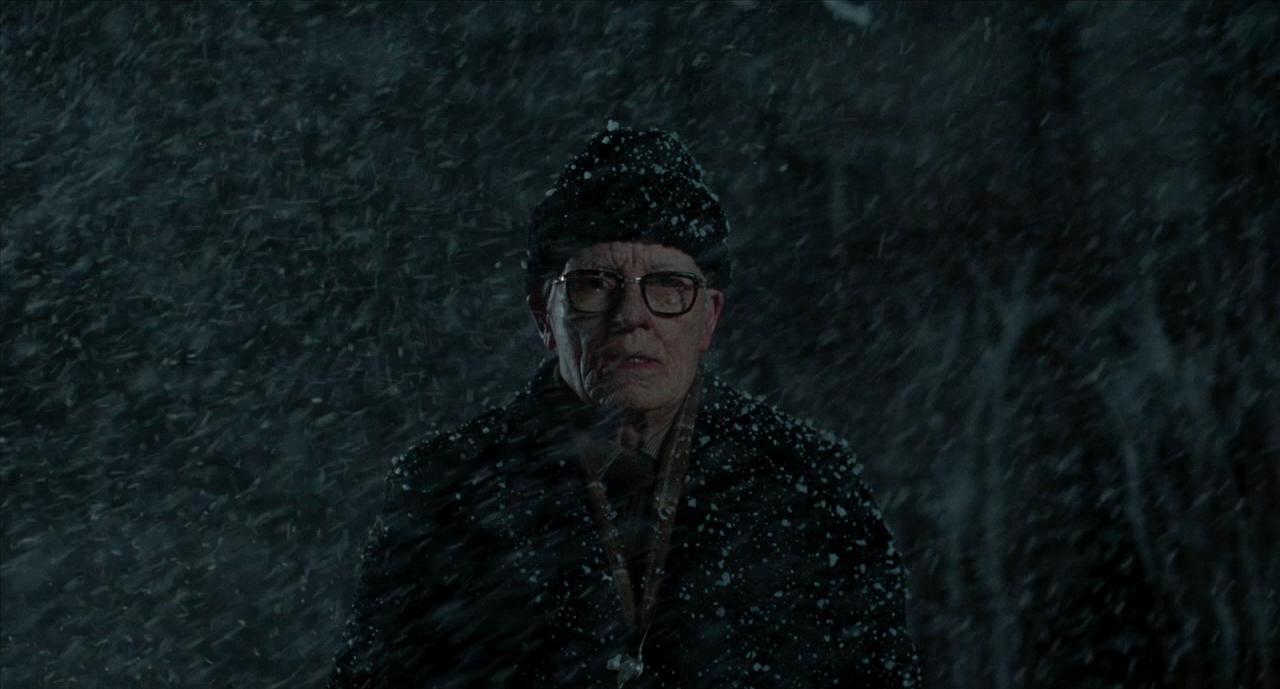 I could enumerate more of these tiny cracks in the facade of “Suspiria”.

The long-awaited finale is the most detached gory fiesta I recall in the modern film history. The motif of one of the women living in the academy, who after several scenes devoted to her character, abruptly kills herself. Or even the very first scene, where Chloe Grace Moritz and Prostethic Tilda discuss in a series of flashing bits, dynamic enough to make one vomit (the editing is swift, camera cuts forbid eyes from focusing too much) and concluding with Moretz saying that the witches will eat her pussy on a plate.

The abhorrence of “Suspiria”‘s plot is vividly reflected in other aspects of the film. As mentioned, the camerawork and editing causes troubles. Call me old-fashioned, but I believe horrors benefit from longer, more hypnotizing approach. “Suspiria” runs wild to an extent that it de-arms itself from the capable scares. There are no jump scares either, but to be frank – there are no scares at all. Even the moments when Guadagnino reinvigorates life in this bland, grey backbreaker of a film, they are quickly suppressed. A solid example is the moment of Dakota Johnson’s frantic choreography that becomes a means of the voodoo witchcraft and results in one of the other dancers being grotesquely contorted. What could have been powerful, turns into a yawn. 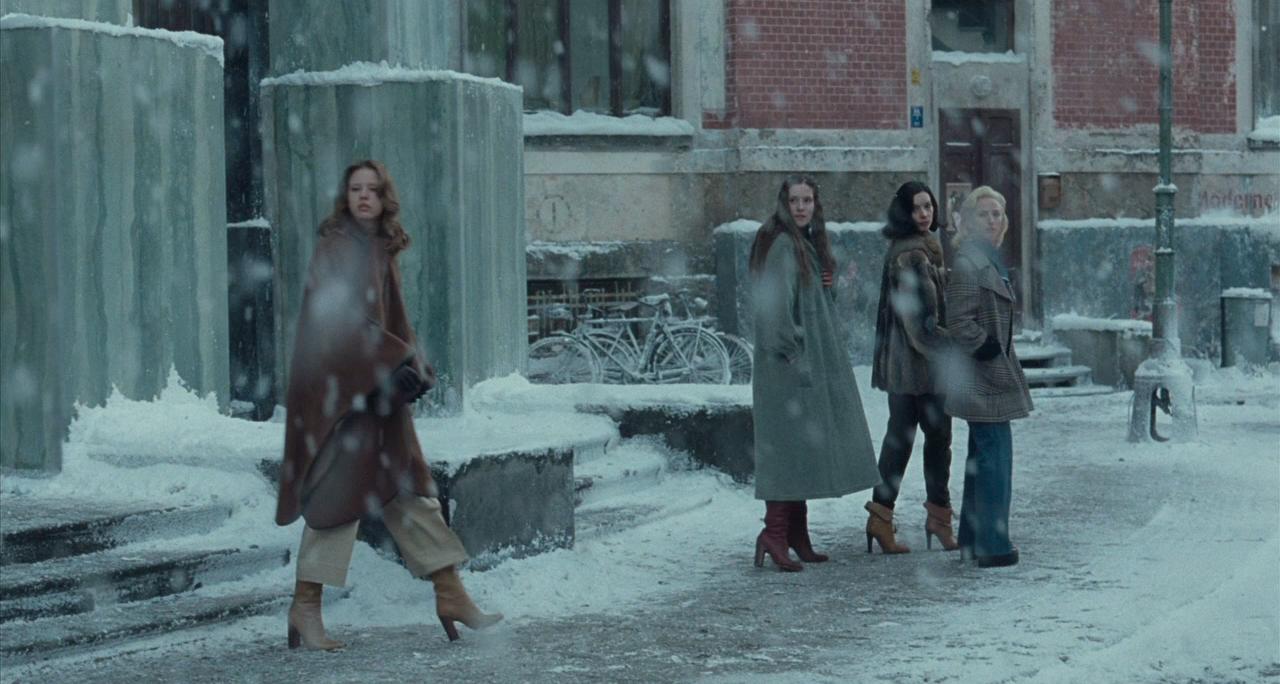 Even Tom Yorke – a musician capable of imbuing disturbing images with a dose of unease – gets lost in translation. There’s no comparison with the way in which Goblin’s eerie gothic and the background chanting “witch!” adds to the atmosphere. It’s a great piece of music on its own, but Guadagnino & the pack have no clue of how to fit it into the film.

From miles away I could tell that “Suspiria” is going to be a weapon for those, who wish to praise avant-garde at all costs. It’s the definition of a pretentious film, too turgid to be treated with a wink of an eye. If you wish to experience a dance-influenced, cinematic no-holds-barred, watch “Climax”. If you wish to proceed with “Suspiria” beware – what your eyes once see, it cannot be unseen. And God I wish I could unsee this potboiler.