Hopsin has matured – he’s no longer a mouthy show-off, but a self-conscious artist.

I started listening to Hopsin in my early days of high school. I think it was “Sag My Pants” that got me hooked. He was a novelty in the business. A raw, angry and foul-mouthed youngster.

Even in his beginnings, Hopsin was polarizing the rap scene. There were those, who loved his punchlines and disses and obviously those, who found him too much of a gimmick. I personally loved the overly controversial lines like “Soulja Boy, you got a corny flow, so you can suck my fu****** di** through a gloryhole“.

He didn’t hum and haw. Hopsin built his career on being a massive asshole to everybody else in the game.

But years have passed and Hopsin remained in the underground. And frankly, I kind of forgot about him. His place on my playlist was taken by many other cool rappers and bands. Once in a while I listened to his classics like “Nocturnal Rainbows” or “Sag My Pants”. One memorable comeback was his verse on Tech N9ne’s “Am I A Psycho?”, where Hopsin switched to a complete beast mode.

Nonetheless, I felt extremely happy when I’ve heard about his concert in Warsaw. 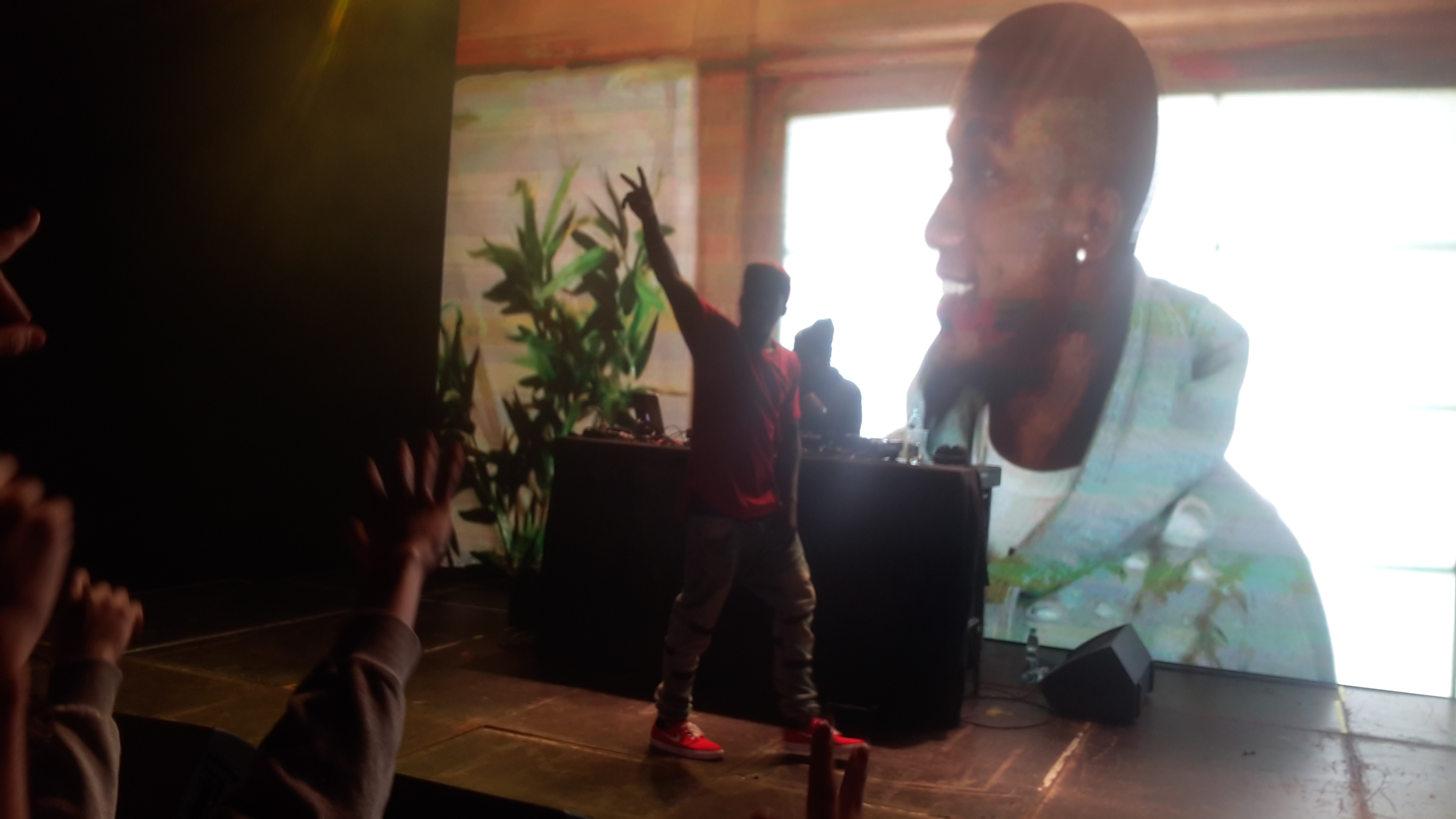 The venue was small and I didn’t expect too many people. The support was such a poor performance (a Polish rapper Eripe) that I’d rather leave the guy alone. The most memorable moment was when his hypeman accidentally threw a CD into the crowd, hitting someone in the head. I think it gives the best insight into the quality – Hate Grade was off the charts.

After that unpleasant intro, the stage was taken over by Hop. He started off with power, but I felt that it’s not going to be a jump-on-the-crowd show.

“We’re small tonight, but let’s have a great time“, said to the crowd.

Early in the playlist, Hopsin decided to play “something from his beginnings“. I was on cloud nine, because it’s “Nocturnal Rainbows”. That was the first moment when I realized that this little show was much more personal than I could suspect.

You see, I watched some live performances of his and the energy was completely different. A hater would say that Warsaw has seen a hangover version of Hopsin. Or maybe tired by the flight.

Could be both, but I felt like the show was more focused on showing the more personal side of Hopsin’s music. The playlist was a proof that he came to Warsaw to spit some “real sh**” and not “Happy Ending” kinda stuff (that apparently was played in the background, when Hopsin was shaking hands with everyone from the crowd). He seemed calm and much more interested in giving a “from the heart” performance – not a spectacle.

Among the songs from the live playlist, there was obviously few entrances from the “Ill Mind Of Hopsin”, with the fifth part – probably his prime – resonating with both power and a bit of reflection. There was honesty underneath that. Hop moved on the stage in a way Eminem does. He was more of a storyteller than showman. And I actually loved it.

You see, Hopsin’s show-off attitude from songs like “Sag My Pants” is great. It’s fresh and original. However, it’s the deep stuff that made Hopsin so good. His lyrics are both down-to-earth and philosophical. He likes to comment on politics and share personal stories like in “Ill Mind Of Hopsin 9”. That’s what makes him stand out from the crowd.

Having said that, I can’t deny rocking with the crowd when Hopsin performed “Sag My Pants” and “Witch Doctor”. The latter was also accompanied by a few people picked from the crowd. They danced in the background, whilst the main star was painting the story with words. It was a breeze of intense, lively rap performance.

In the end, the only problem was the duration of the concert. Again, it kind of looked as if Hopsin was not in his prime. He ended the concert after a bit more than an hour. The crowd cheered and clapped for more, but the American star remained unshaken. There was a bit of bitterness left.

In the end, the “toned storyteller” version of Hopsin is much closer for me. He knew when to rock and when to speak from his soul.

I would love to hear Hopsin with a bigger crowd though. I already know the side of him, which made me like him so much in my high school. A rebel, who likes to speak his mind out loud. Some say he’s preachy, I’d say he delineated himself from the mumbling potpourri of the modern rap. Nonetheless, seeing Hopsin in a freaky performance would definitely complete my view.