“The Heretics” mixes plenty of ideas in one pot, but the final outcome is a film with a solid, engaging plot and neat visual effects.

Gloria (Nina Kiri) is kidnapped by a cult forced to participate in a satanic ritual. The gathering commits a mass suicide, after which Gloria tries to get back to her life. Her only anchor is Joan, a redhead rebel, whom she meets at a group support meeting. Soon, Gloria is kidnapped again, but for entirely different reasons.

The beginning of “The Heretics” could be called effete. Gloria’s traumatic memories are served as short flashbacks, while more time is dedicated to a soppy romance between her and Joan. There are signs of what’s coming next, but it takes a bit of determination to go through this harsh kick-off.

However, it’s worth to wait. A spine-tingling, ominous sound of the trumpets of Jericho fill the silence. The black-haired protagonist is kidnapped by a shady guy in an RV (“Prisoners” has taught me a lesson about those campers).  The atmosphere immediately brings back the scene from the season 1 of “True Detective”, when Rust Cohle tells the story of Reggie Ledoux. Shivers are guaranteed.

From that point, “The Heretics” gets both creepy, oneiric and actually engaging.

Chad Archibald, the director and screenwriter of “The Heretics”, has plenty of aces up his sleeve. Gloria being kidnapped is a twist on its own, but the plot keeps the momentum going. We learn that the ritual turned her into a vessel for a demon, which leads to a transformation reminding “The Fly”. Gloria literally turns into a slimy cocoon. She’s haunted by the malefic visions of the cult and even the devil himself. All of that takes place in a cabin in the woods, with herself chained to the wall. You get the picture.

The fun is even better, because Gloria’s body horror and her captor’s subplot is only a half of the film. Archibald made a bold, strategic move to keep the storyline exhibited from two perspectives. Therefore, the true horror is balanced by Joan’s desperate search party. In many cases, such dichotomy would probably cause a mayhem in the plot. Archibald skillfully manages to entwine the two stories piece by piece, causing them to be entirely interdependent and important. And each one of them is terrifying in its own way. 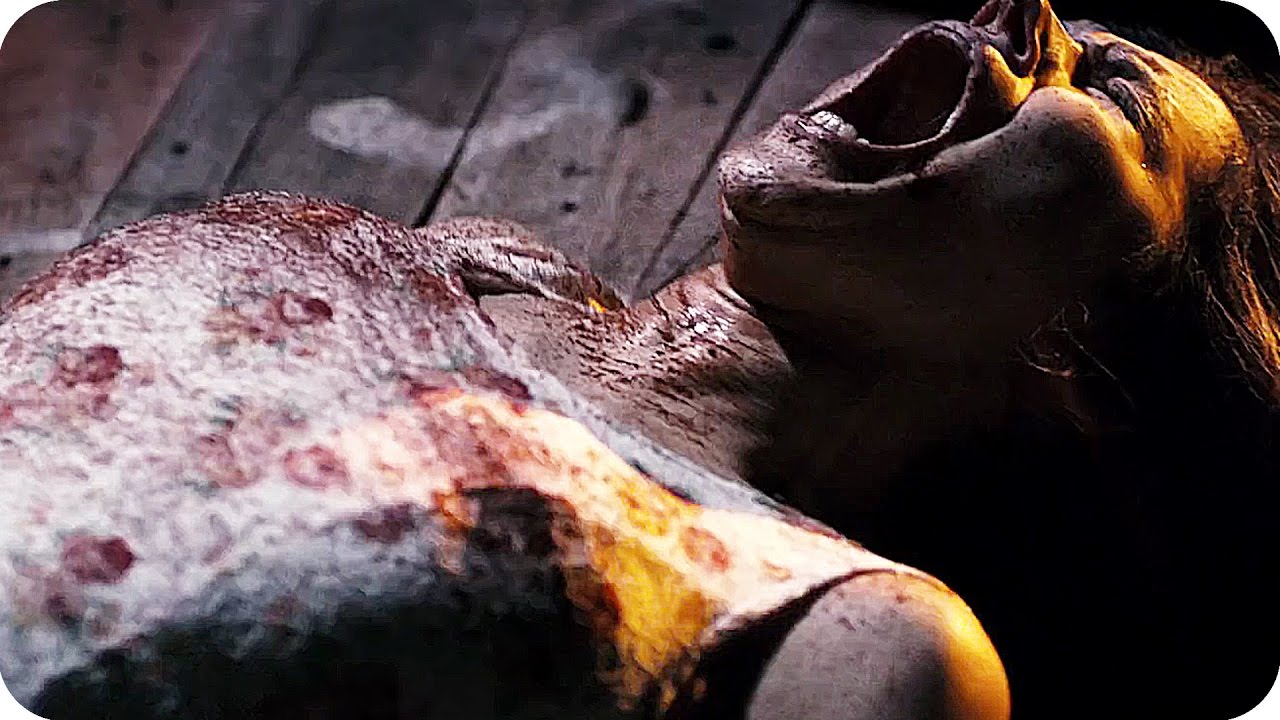 On the other hand, “The Heretics” is sometimes a bit naive. The rollercoaster of the plot goes fast and the director leaves little time to go deeper in the details. The small budget bites too, especially, when the lighting no longer provides the scares. Or when the actors are given too much space, which causes an immediate drop in the quality. These few moments remind the audience that “The Heretics” is, after all, a low-budget production.

I could list several things to poke at, but I won’t do so. “The Heretics” was fun to watch – it offered a good portion of scariness and avoided brainless cliches. It also created a very intriguing atmosphere, which had me going throughout the screening. No hate here – sorry guys.