It’s only February and Netflix is already killing the game in the worst films.

“Mute” tells the story of a barman named Leo (Alexander Skarsgard), who is in love with Naadirah. They both work in a strip club/bar in Berlin. One day, she suddenly disappears. At the same time, Cactus (Paul Rudd) tries to leave the German city and escape to the U.S.  His plan becomes less accessible as the events are unfolding.


Duncan Jones begins to look like a solid candidate for the most overrated director nowadays. If you wondered if he can go lower than “Warcraft: The Beginning” (which was not so badly bad…), then wait until you see “Mute”.

I will try to break down the plot. The main character is Alexander Skarsgard’s Leo. He works at the bar owned by an Afroamerican speaking with a Russian accent and named Maksim. Fair enough, let’s move on to the second part. Cactus is a surgeon working with Duck (Justin Theroux), who happens to be the worst creep that you will see in 2018. Cactus tries to leave Berlin with his daughter. Leo searches for his loved one, Naadirah. Forcibly, Cactus and Leo will need to meet.

Point is – this whole film doesn’t make sense. Tommy Wiseau’s “The Room” is less mind-boggling and chaotic than “Mute”. It is also hilarious and deeply charming in its own “badness”. “Mute” is neither hilarious, nor charming. It’s garbage. 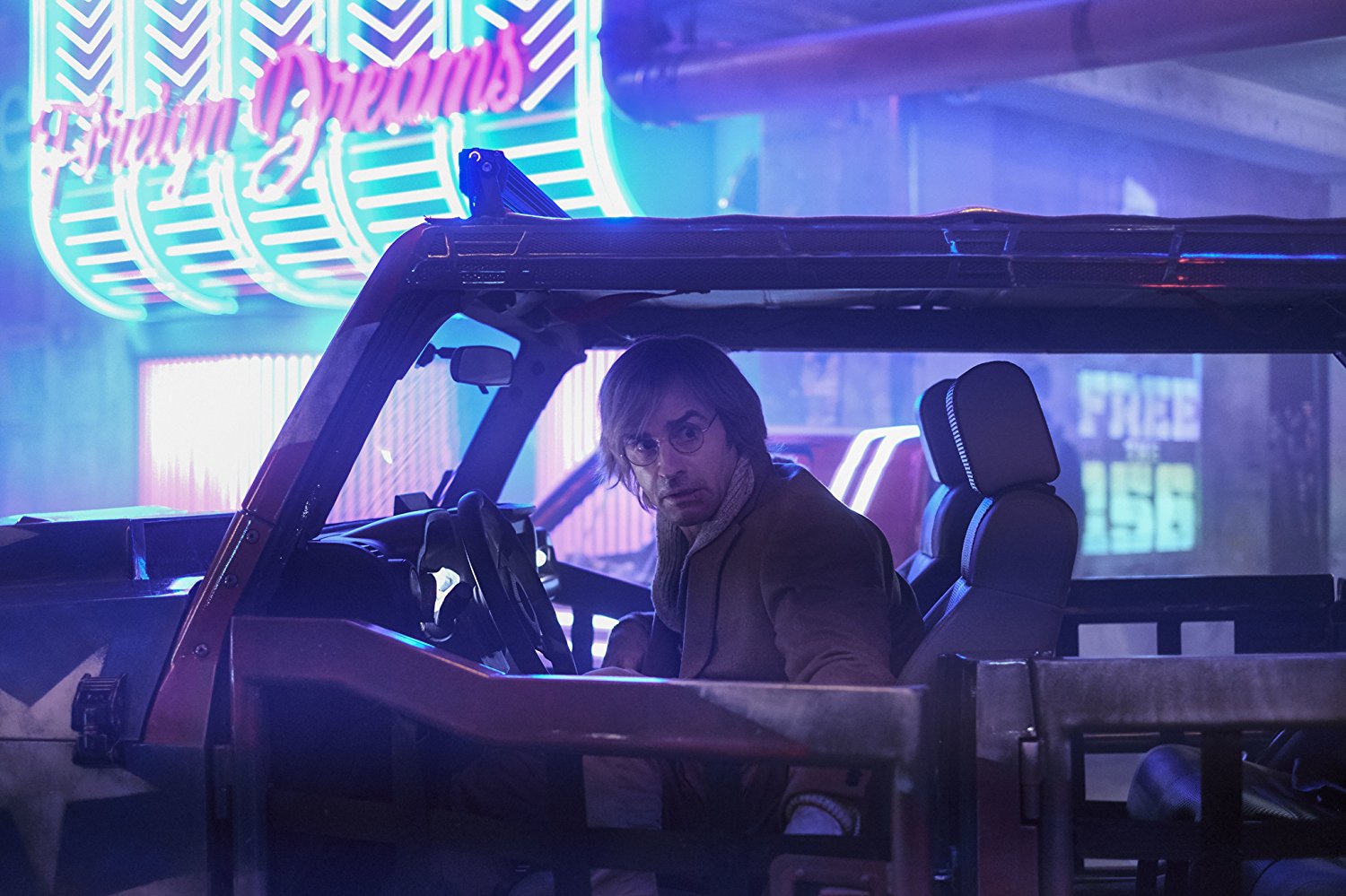 Jones has no clue what his characters are supposed to do in the first place. Skarsgard could have nailed the role – his eyes are telling more than any lines possibly could. But his character is reduced to weird routines (like drinking half a liter of water several times on screen for no reason) and walking around the CGI’ed Berlin. Paul Rudd is struggling with the terrible script in his own way. He jumps from comedy to seriousness, as if trying to find an escape from this nightmare.

However, the worst of them all, the most painful to watch, is Justin Theroux. An amazingly talented actor, who made me sweat a tear in “The Leftovers”, now made me cringe so hard I could hardly breathe. Absolutely everything about his character is awful. His blonde rapist hair and glasses, his subtle, pervert voice, constant using the word “babe” and even the way his body feels uncomfortable with the character. It reaches levels of bad acting that were definitely not in the reach of Theroux.

Justin, don’t do that again. To your fans, to your career and to the humanity.


Stylistically, “Mute” copies “Blade Runner”, which seems to be trendy (I’m looking at you, “Altered Carbon”). But if there’s one thing that can be worthwhile in this whole mess, it’s the scene in which Alexander Skarsgard is asphyxiating Dominic Monaghan (dressed as a geisha) next to two robots having sex and saying “schnella”. So, decide for yourself if that’s a film worth anybody’s time.

Cast: My God, they should all erase themselves from credits