Even though John Travolta has put on a decent performance as the titular kingpin, the film fails miserably on other fronts.

Kevin Connolly’s movie gives an insight into the life of John Gotti (John Travolta) – one of the most notorious crime lords in the history of the U.S. The film depicts different stages of John’s life, revealing his relations with family, as well as the way he climbed the ladder in the mob structures.

Out of many directors, who could have told an exhilarating story about John Gotti, the author of “The Notebook” (the exact romance with Ryan Gosling) and “Entourage” (the bland comedy) seemed like a long shot. He doesn’t possess the right composure as an artist, the right feeling to create a gritty, dense atmosphere, so much needed in a film like “Gotti”.

Connolly is not a single fish in the ocean though. It seems that directing a “notorious gangster biopic” has surpassed many directors in the history. The most recent example is the severely bland “Black Mass”, a depiction of life and crimes of Whitey Bulger, played by Johnny Depp.

There is a reason I have mentioned “Black Mass”. “Gotti” draws a lot from Scott Cooper’s movie. Both movies were told from various points in the timeline, telling the story from the perspective of the antagonist with “fatum” over his soul. This way of story telling didn;t convince in neither of these movies.

Both of them were also supposed to reinvent a career of the leading actor – Johnny Depp’s in “Black Mass” and Travolta’s in “Gotti”. Neither of the actors seized the opportunity to rise again, alas they weren’t actually agonising to watch in their performances. The blame was on someone else’s shoulders.

In the end, “Black Mass” was just too slow and too entered on “being cool”, flashing with names like Cumberbatch and Depp. It tried so hard to become a next “Godfellas”, it lost its own facade.

“Gotti”, however, is basically a total chaos in almost every aspect.

First of all, any viewer can get lost in the jumps between timelines quite fast. Travolta gets in the shoes of a narrator, but this idea is lost somewhere on the way. It is not a consistent idea, as in the case of “Narcos”. The narration comes only when the story derails. What’s more, there are many scenes, which tie events from various periods in a rather incomprehensible way, but Connolly is not interested in elaborating. His film goes fast, without seat belts fasten and  goes straight towards an inevitable crash.

The camera work has its part in creating this mess too. A shot with few zoom-outs, creating an impression of a person taking footage of the events, is followed by an obvious “non-engaged” perspective. The result? A mess. 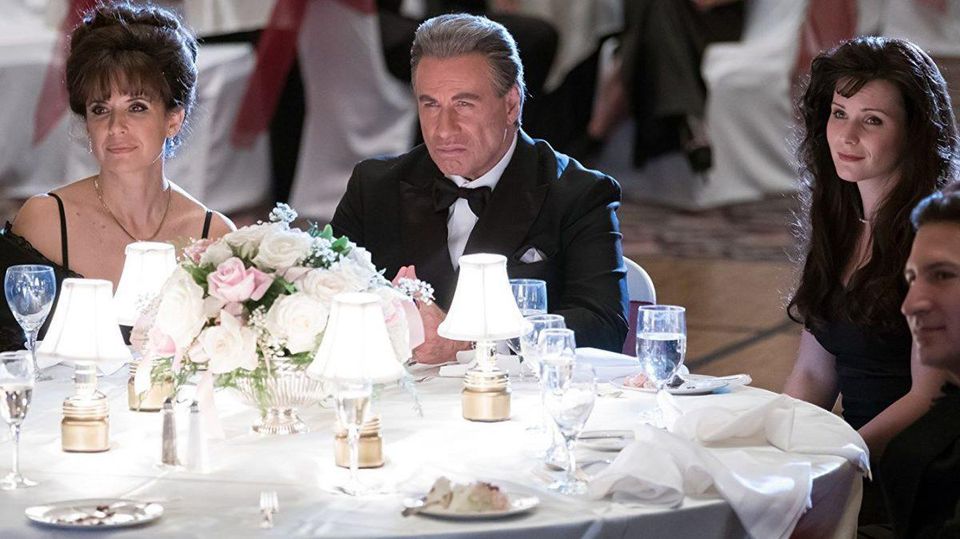 This chaos in the storyline and the execution blurs the message conveyed by the story. To be honest, it’s unclear to me as to what’s the exact purpose of “Gotti”. The film doesn’t sketch John Gotti’s whole journey in the crime world, because we meet him as he’s already an established figure. It fails to show the impact that Gotti had on the authorities and how the atrocities he committed deserved justice. Connolly neither criticizes nor glorifies his protagonist – he simply leaves him on stage and hopes that Travolta will carry the spectacle.

“His (Connolly’s) film goes fast, without seat belts fasten and  goes straight towards an inevitable crash.”

Indeed, Travolta reaches to the depths of his heart to portray Gotti. The jumps in the timeline forced out numerous make-up tricks, which played in favor of Travolta. In his take on Gotti, there is a lot of Marlon Brando, but not just shamelessly copied. It’s smart and it’s mature. Having said that, John Gotti remains a paper figure in a paper world. Travolta did his best to make it work, but he was left with alone in bringing quality on set. 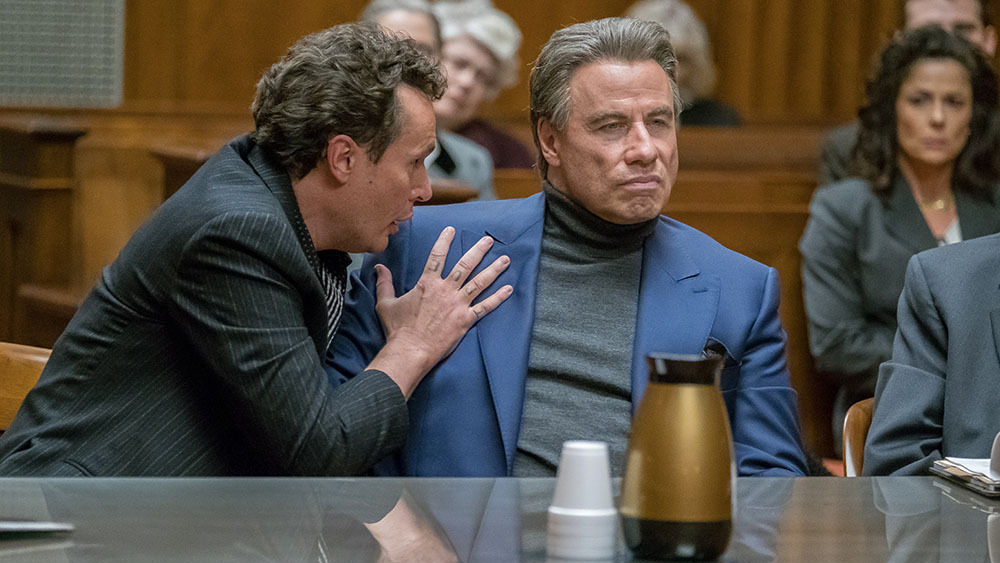 At times, I felt that “Gotti” possessed a potential to revive Travolta’s career. It’s a pity that the project wasn’t helmed by a more skilled person behind the camera (as well as a better screenwriter). There were moments of clarity, when “Gotti” felt genuinely captivating, but these rare moments are outbalanced by too much mediocrity. I hate to say it, but the Rotten Tomatoes score is quite understandable.

Cast: John Travolta and some other people