When you try too hard to create a sci-fi masterpiece, you eventually direct a film exactly like “Annihilation”.

Natalie Portman stars as a scientist, who is called to investigate a strange phenomenon that occurred somewhere in the U.S. She joins a team of other female specialists of various areas of expertise, and embarks on a journey into the unknown. Soon, they learn that this strange sphere covering the land hides a terrifying mystery.

Alex Garland is quite a polarizing director. What’s more, he achieved this status in only two movies. When he debuted with “Ex Machina”, a joyfully intelligent film essay on the inevitable rclash between humans and AI, some people were flabbergasted, while others… well, didn’t grow fond of it. Indeed, it was this kind of science fiction, which – much like Duncan Jones’ “Moon” – required patience. What it did offer in return was the fodder for the brain.

Garland must have noticed that his debuting film was divisive. “Annihilation” is far from what the director revealed in “Ex Machina”, but the change is a rather disastrous one. 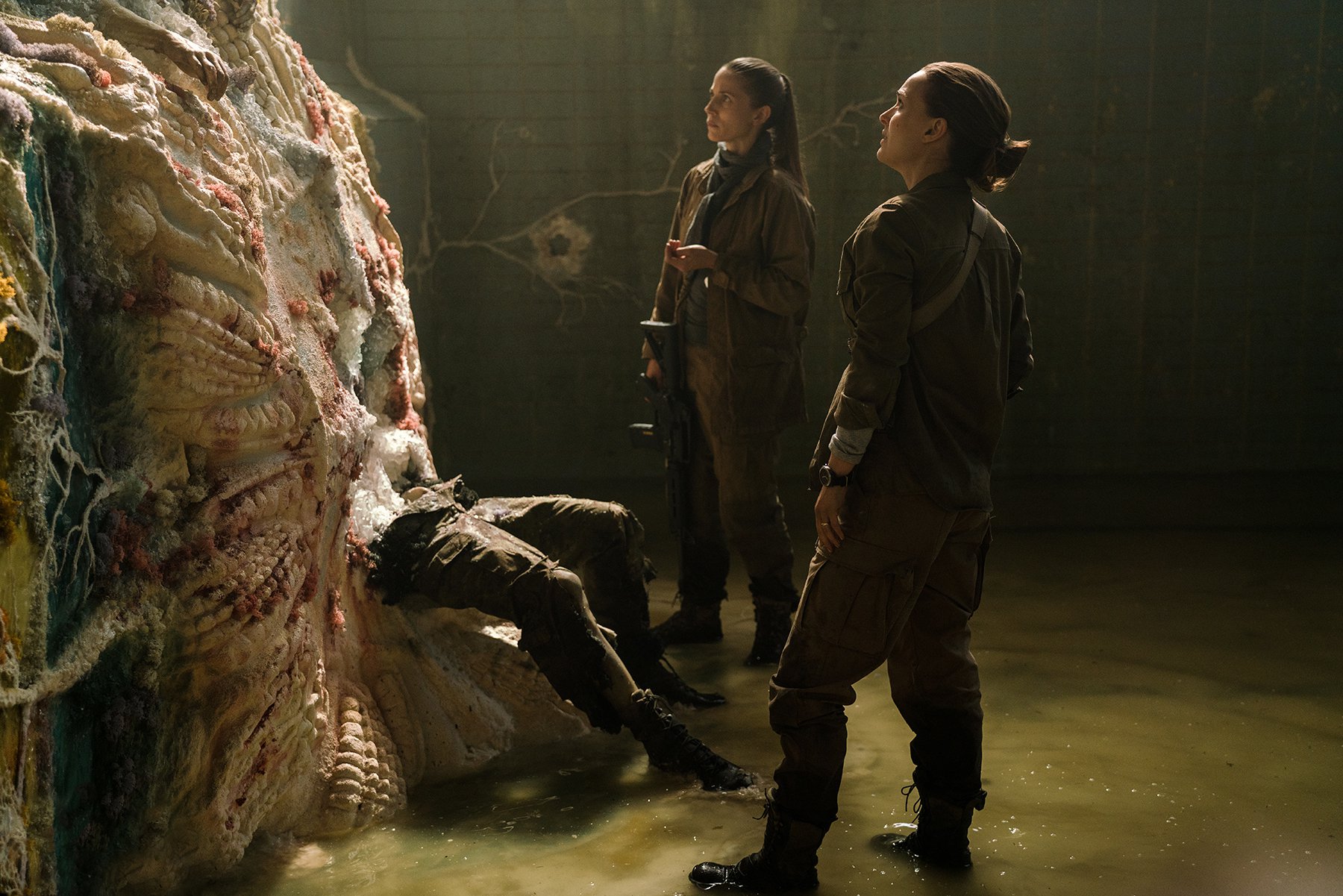 The most trivial thing, which turned to be an insurmountable obstacle to Garland, is writing a script. A script, which intrigues the viewer, but flows with the same impeccable pace as “Ex machina” did. First of all, the decision to reveal the ending in the first minutes of the film was a huge misfire. During the first minutes we learn that Natalie Portman survives – whatever it is she sees or experiences in the sphere. We also find out, who dies (although the characters are introduced later on in the film). The only unknown, which supposedly glues the viewer to the screen, is the nagging question – what actually happened in that shiny dome?

Unfortunately, the plot consists of Natalie Portman and her female crew wandering around the jungle, which progressively turns into a bastard from mixing “The Cathedral” by Tomasz Baginski and James Cameron’s “Avatar”. Frankly, not much becomes clearer after the credits roll. The sphere changes things, transforms them into horrid nightmares, straight from the paintings of Zdzislaw Beksinski. To heat things up, the director creates tensions between the scientists, but they cannot carry the faulty script. “Annihilation” reminds of the classics from the 60s, however not in a good way. They walk, they experience strange things, but what is actually going on – nobody know. Including Alex Garland himself.

On top of this comes the ending, which is a pitiful attempt to poke the viewer, after more than an hour of hiking with the team of scientists. Garland aims at a huge mind blow, that could actually save “Annihilation” from a calamity. A gratifying ending would have made up for the stretched out “guts” of the film. Yet, even though it’s an acid trip to watch and listen, it fails to deliver the shivers that Garland wishes for. In the end, you will only sigh that its finally over.

Unfortunately, the plot consists of Natalie Portman and her female crew wandering around the jungle, which progressively turns into a bastard from mixing “The Cathedral” by Tomasz Baginski and James Cameron’s “Avatar”.

On the bright side, “Annihilation” does actually contain a few praiseworthy features. The absolute highlight of the film is the bear scene, in which a mutilated, horrifically transformed creature with a human voice terrorizes the exploring expedition. Natalie Portman deserves applause – though most of the film drenches with boredom, the actress keeps her character complex and convincing. I should also mention the soundtrack, which – although uneven – marked a few fantastic moments (Moderat’s song used in the end of the film was a sweet trip).

There will be viewers, who’ll fall in love with “Annihilation”. Its murky script, with a faltering sense or clear direction, might appeal to those, who enjoy science fiction going wild. To me personally, it went nuts. I can’t help, but feel let down by Alex Garland’s second feature. The premise of the film seemed like an instant classic, a kind “Alien”, but a lot more trippy. The final outcome is trippy indeed, but most of the time it’s just boring. And a few scenes couldn’t turn the tides.