After “Narcos” lost its main antagonist as well as the narrator, many believed that the third season may fall short in comparison with its predecessors.

The third installment in the Netflix’s series starts off right after the death of Pablo Escobar. The Cali cartel rules the drug game, with the empire working as an established company with billions of turnovers. However, El Patron’s death forces them to surrender and agree to allegedly shut down the operations. Javier Pena (Pedro Pascal), the relentless DEA agent, makes inhuman effort to bring down the cocaine empire.

The second season was at times a difficult experience for the viewer. The last two years of Pablo Escobar’s hide-and-seek bursts with shocking violence and maddening pursuit after the public enemy. Although it explored the darkest hour of the kingpin’s reign, with bloodbath in the streets and justice system humiliated, it had its troubles. The debuting season laid so many cards on the table regarding Pablo’s whereabouts and entourage that the creators of “Narcos” struggled to keep the story equally entertaining. Still, the lack of the towering figure of Escobar could have been a nail in the coffin for the third season.

The Four Horsemen of the Apocalypse

Fortunately, “Narcos Season 3” is far from a disappointment.

As the case was with previous reveals of “Narcos”, the first episodes are quite a slow-burn. We have already learnt that Cali cartel was far more successful than the maniac Escobar in the previous season. But this time, the focus is on how the empire was built –  looking at the labs from a corporation-like point of view.

The four horsemen of the apocalypse – Gilberto Rodriguez-Orijuela, his brother Miguel, Pacho Herrera and Chepe Santacruz – together form an impressive array of antagonists, worthy of being the “descendants” of Pablo’s legacy.

Gilberto, portrayed by the Mexican actor Damián Alcázar, is the brains of the operation – a calm Godfather that seems more sinister due to his strategic planning than everyone else from the “management” of the cartel. Damián Alcázar is flawless, a classy gentleman, whose towering figure reinvigorates the season’s bad guys team. Miguel, who’s in charge in the absence of his brother, is a different type – fueled by vengeance and living in the shadow of Gilberto.

Then there is Pacho and Chepe, equally brutal and power-yielding monsters. Episode one shows a very graphic murder that follows a charming, intimate dance scene of scene-stealer Pacho. These few minutes alone capture the brilliance of Pacho’s portrayal. He’s a truly fascinating character to observe and Alberto Ammann – reprising the role from previous seasons – is one of the most pivotal assets on the set. The actor channels Pacho’s affection for violence, as well as his sexual orientation’s sensitivity. 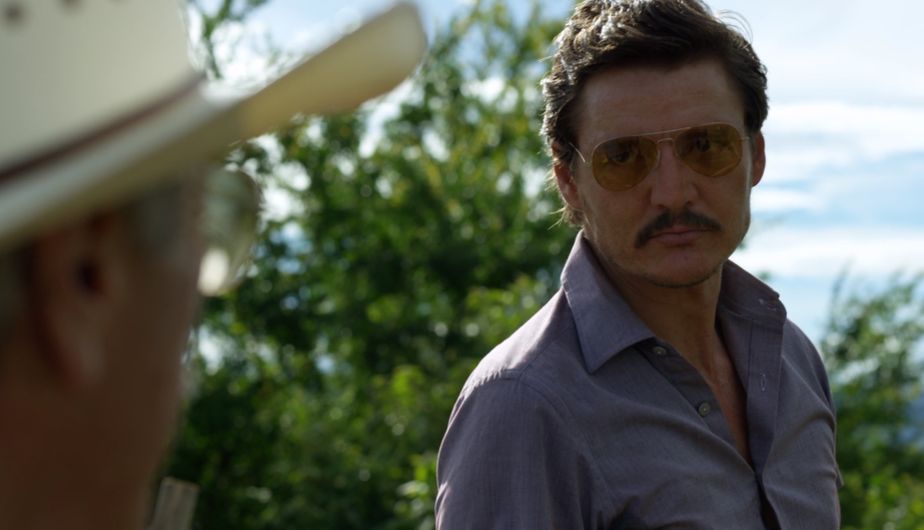 The one and only – Javier Peña

The writers made a smart choice to use Javier Peña as the main character of the season, the kind-of lead that Escobar was previously.

It brings freshness and new quality storytelling-wise into “Narcos”. Instead of focusing deeply on the four antagonists – which could be troubling as each of them is very distinctive – the season three looks at the anti-drug war as a puppet show, in which Peña hits the glass ceiling each time they arrest any of the druglords.

It gives the show that kind of perspective that the previous two only hinted. Escobar being brought down to justice meant nothing else than a vacancy to fill. The third season sketches a different painting, with more upper level politics in the background too. Among these games, agent Peña is a lone ranger, desperate to cross any line to win. The season finale’s scene with Javier observing drug traffickers sailing a boat right under his nose is the hardest-hitting metaphor that “Narcos” came up with so far – the brutal and deeply truthful look at the size of drug trafficking problem.

The silent star of the show – Jorge Salcedo

Change in the approach is strengthened by adding a new point of view. The silent star in “Narcos Season 3” is Jorge Salcedo (Matias Varela), the chief of the Cali’s security staff. His character’s conflict and arch is brilliantly paced and reasoned. It gives a personal dimension to ‘Narcos”, which was much needed. It was somehow conveyed by the story of Limon in the second season too. But whilst Limon was a rather one-dimensional character, one of the many pawns of Escobar, Salcedo is true-born, silent hero. He has a motive, he has much to lose and much to fight for. And Varela’s subtle acting intensifies the storm that is happening in Salcedo’s mind and heart.

Not everything works out better or at least equally good as in previous seasons. My biggest let-down was the soundtrack by Pedro Bromfman. Whilst the composer was able to grasp the genuine nuances of Escobar’s story by the use a mixture of ominous ambience, rhythmic vibes and lots of Colombian folklore music, the season three lacks such variety. Most of the soundtrack is completely background-ish, blended into more of a sound design than a soundtrack itself.

I also felt that the finale was quite dissatisfying. The wrap-up of the Cali cartel’s history was somehow hastily delivered, with much of the facts melted into fifteen-or-so minutes. It begged for at least one more episode, giving more time to end the story without rush and giving grounds to the season four.

Nonetheless, “Narcos” in its third reveal proved to be one – if not the most solid – of Netflix productions. It is an ambitious, character-driven story, with extraordinary acting in almost every role. There is a very consistent vision that links all three installments – no matter who’s the boss, the drug empire will expand. Pablo Escobar, Gilberto Rodriguez or anyone else. Without spoilers, one can be certain – there is no chance that, bearing in mind the historical accuracy, any season will tell the end of the anti-drug war. Because so far there is none on the horizon.