John Travolta has been a long forgotten name in the biz, but the vocalist of Limp Bizkit might be cooking up something real good.

Remember that iconic guy with dark hair from “Grease”? That super handsome, shwifty and all that?

Take a good look at the photo below. 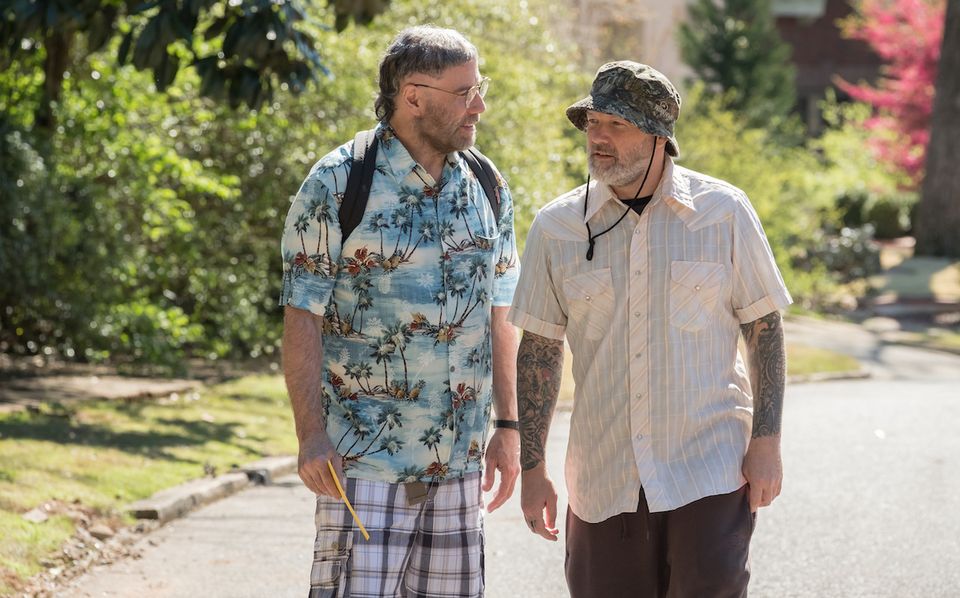 Yep, that’s John Travolta. In a Hawaiian shirt and a chubby look of a professional creep.

The actor has been off the radar for quite some time. A double Oscar nominee has been doing some half-acting efforts in low budget thrillers and crime dramas mostly. Only recently did we hear some interesting news about the former celebrity.

Travolta will star in two movies, which can rejuvenate his dying career. These two are “Gotti” and “Moose”. The photo above has leaked from the set of the latter one.

It’s a kind of Stan-story (I hope you get the reference) about an overzealous fan, who begins to stalk his beloved artist. The film will be a debut by the vocalist of Limp Bizkit, Fred Durst. Travolta commented that cooperation with Durst has been the best experience in his career. Big words, huh.

What can we expect?

Well, it might be actually a refreshing story. Travolta might be needing a breakout role again. Judging from the photos, he has taken the role very seriously, trying to immerse in it fully. And it might work out – he proved himself to be in shape in “American Crime Story: O.J. Simpson Vs. The People”.

Fingers crossed that John will not flush the last chance for a career redeemed down the drain.