Joaquín Cociña and Cristóbal León, the authors of a Chilean animated indie darling “La Casa Lobo”, shed some light on the process of making a stop-motion.


After viewing the insanely creative “La Casa Lobo” during the New Horizons Film Festival (you can read more about the festival here), I decided to reach out to the authors of the film.

I was bedazzled by its tremendous visuals. The film’s an unprecedented achievement and it got me pretty hooked. However, there were some ideas, bits of the story and technicalities that I craved to solve and learn more about.

Therefore, I reached out to the power of the Internet and found a way to get in touch with its creators – Joaquín Cociña and Cristóbal León. The two have worked together since 2007. “La Casa Lobo” was their first feature film, after a series of shorts they have created. Besides working in the film industry, Joaquín Cociña and Cristóbal León are both eagerly exploring other forms of art.

Cultural Hater: I believe that stop motion animations are very time-consuming to create. As I found out, you have been working on “La Casa Lobo” for 5 years. Can you tell me about the creative process behind the film? How did you prepare for the production and why did you choose this particular technique?

Joaquin: Stop motion is in deed a time-consuming technique. As you said, it was a long production. But we enjoyed every single moment of it. We produced the film in more than 10 different art institutions, opening our studio as an art show / residency. This makes everything slower but at the same time – much more exciting.

Such process changed all our perspective about art and audiences. So, I will not think of the process as an effort. Anyway, we have learnt the process after we have started. Sometimes, we were improvising and experimenting with animation techniques and ways of production.

Cristobal: We chose the top motion technique because we have already made several short films using it, and we thought that it would be interesting to follow up with a feature.

Both of us expected it to be a failure, hence the challenge was exciting. For the first time we were trying to tell a story with our rather abstract way of using animation, and we were curious if we would manage to do something relatively understandable.

How did we prepare? We made some kind of storyboard and we approached the film as a metamorphose of one drawing on the storyboard transforming into another one. We were not interested in using animation as a representation of normal life but we wanted to explore materials and transformations.

Cultural Hater: Did you use any computer-generated effects for the film?

Joaquin: No. Only color correction. We only used a canon camera.


Cristobal: Color grading, we added some dreamy glow in one particular scene and made really small corrections in a couple of frames. That’s it.

Cultural Hater: When watching “La Casa Lobo” I was wondering about its symbolism. Forgive me if I’m wrong, but the film seemed to touch on the topic of the history, especially Chile under the reign of General Pinochet. Maria’s omnipresent fear about the outside was a reference to that period of the Chilean history?


Joaquin: Yes, you do have that layer on the film. Chile is a deeply catholic society, which means that the public space and the private space is always clearly separated, demarcated. When you are inside a traditional Chilean house you normally have the curtains down. As a society, we have this permanent idea of fear rooted in our relationship with public space. Having said that, Chile is a quite secure country, it is more a symbolic approach to space that we used.

Cristobal: The film is inspired by the actual case of Colonia Dignidad, a cult of German people located in the south of Chile. It was a very hermetic sect, nobody could go out or in freely. It was related with ex-nazis, but mainly organized around pedophilia (Paul Shäfer was their leader, a pederast) and many complicated torture systems. They were associated with General Pinochet’s dictatorship too. The members collaborated with the dictatorship, becoming a concentration camp for political prisoners.

Unfortunately, Colonia Dignidad lasted longer than the dictatorship itself. We thought that many of the obsessions visible in the sect’s behavior are much likely the ones of Chile: obedience, faith, race and relationship with the outside world. 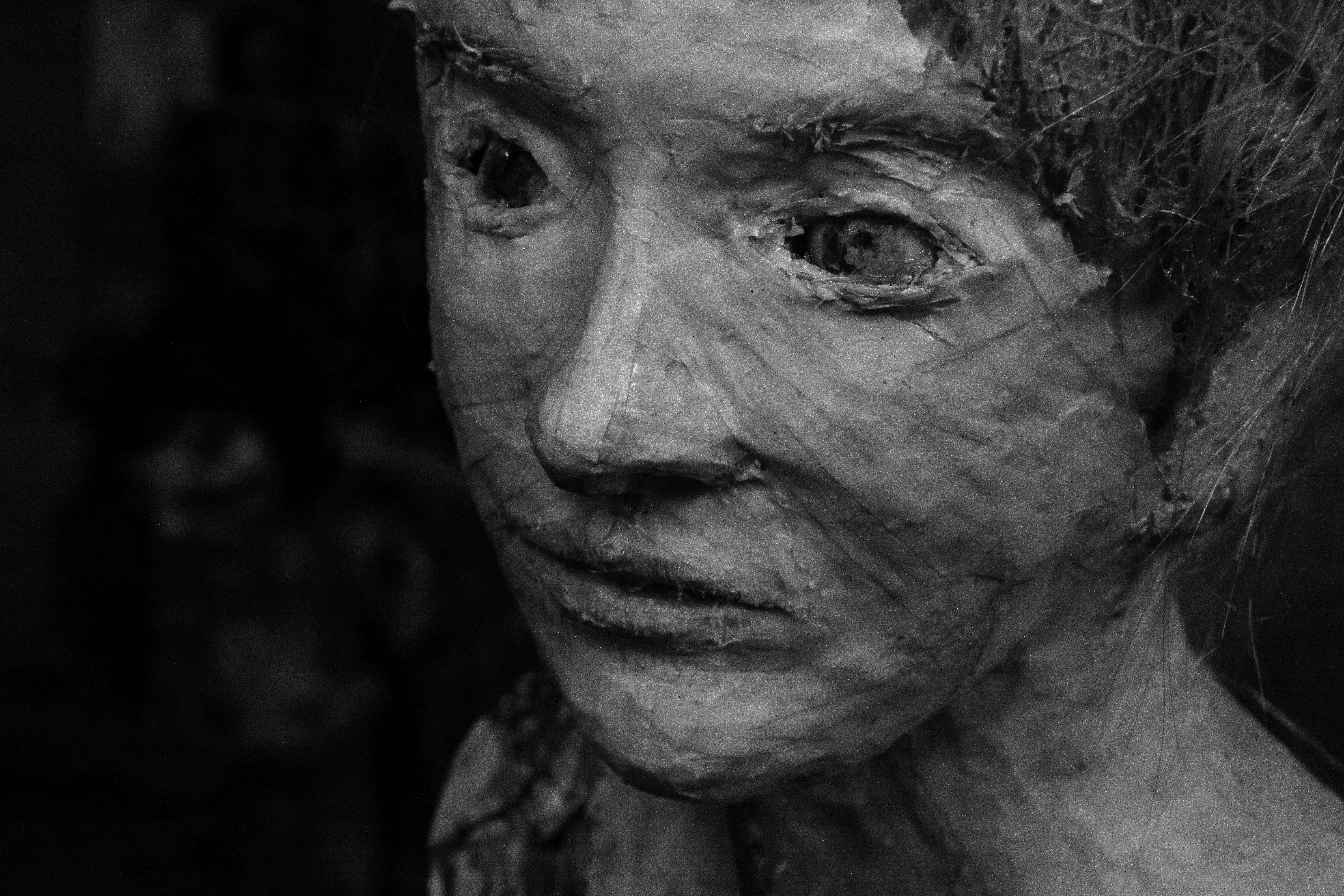 “We were not interested in using animation as a representation of normal life but we wanted to explore materials and transformations.”

Cultural Hater: I will admit that I’m afraid of dolls, which obviously made “La Casa Lobo” a very harrowing experience for me. What are your biggest fears?

Joaquin: That sounds like phobia! I don’t remember any strong phobia in my head. When I was a kid, I imagined myself in a jail. It was a terrifying image.

I am sorry that you had to go trough so many puppets in the film! But please note that are just a couple of real puppets. It is mostly organized garbage.

Cristobal: I agree that dolls are a very scary thing actually. They are both fascinating and scary, like everything which is in that weird zone of things that almost look like human beings.

I would also quote something we once wrote about stop-motion: The story of Vladislav Starevich might serve as the origin myth for animation. Before becoming one of the masters of the form, Starevich worked as director of the Natural History Museum in Kaunas, Lithuania. As he tells the story, he wanted to make a film about the life of beetles, but the beetles inevitably died when they were put under the strong lights needed for filming.

So he decided to solve the problem by replacing the beetles’ legs with wires and animating them, frame by frame. In performing this small act of sorcery, injecting life into the dead insects’ bodies, Starevich established the necromantic quality of the technique and created the basis for an entire tradition of stop-motion filmmaking. One might say that every animated film is a spell cast or an act of modern spirit rapping.

Cultural Hater: This is pretty amazing to learn the genesis of the technique! Can we dig deeper into the “nightmare” part of the film? There were some very disturbing concepts in the film. I felt unnerved when seeing the pigs turn into Ana and Pedrito. What was the inspiration behind this “creepy” part of your film?

Joaquin: It referred to Colonia Dignidad too. The Germans in the colony often called the Chileans “Schweine”, which meant pig. So we had this quite extreme version of racism portrayed in “La Casa Lobo”, where you can transform pigs into humans and then enhance them further (so that they are the perfect Aryan race). It is a silly idea but I think it works well in the film.


Cristobal: As Joaquin says, on one hand the horror comes from the political history of our country. But on the other hand, you have the horror of the media, of the black magic that is making animation films. It’s two sides of the horror coin here.

Cultural Hater: Would you like to direct a feature film as well? Or you plan to go back to animations?

Joaquin: I would love to do both. Maybe a mix?

Cultural Hater: What are your favourite films and directors? Who inspires you?


Cristobal: I agree with that list. I would add Chespirito, Walt Disney, Rankin Bass, The Grimm Brothers.
My favorite films that come to my mind now: Forbidden Zone, The Wizard of Oz, El Topo, Alice (Svankmajer), Dumbo, Brave at heart…

Interested in the topic? Read more about “La Casa Lobo”: