“High Life” is an audacious take on science fiction, mixing drama and horror in a unique, a tiny bit perverted way.

Ever since I watched “The Rover” in 2014, Robert Pattinson stroke me as a hidden acting treasure. At that time, nobody could predict that the atrocious times of “Twilight” are way past him and the British actor has set a course towards becoming an indie movies star. A one-time glimpse of genius – in the form of David Michod’s neo-western –  seemed much more accurate.

Despite my lack of belief, Robert Pattinson has indeed turned the tides of his career for good. “The Rover” was soon followed up by David Cronenberg’s “Map To The Stars” and an arthouse indie “The Childhood of a Leader”. While none of these two received raving reviews, Pattinson’s been universally praised.

The true validation for Pattinson came with “Good Time” in 2017. In the acid-fueled, nightmarish hit-and-run thriller directed by Safdie brothers, Robert Pattinson has blossomed. 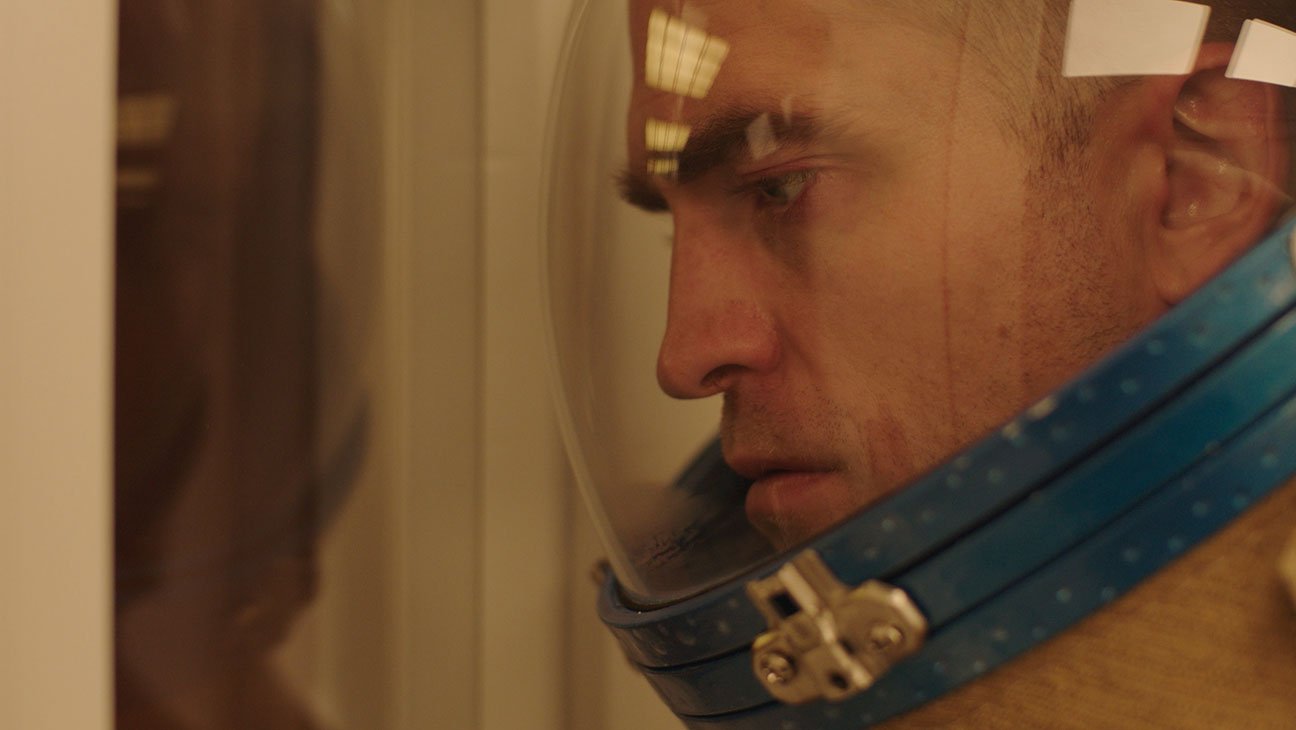 The film tells the story of Monte, an ex-convict who raises a daughter on a ship estranged in space. By mixing various timelines, the story depicts Monte’s life before he embarked on the one-way journey, as well as the peculiar crew he was encapsulated with.

I shall begin by saying that “High Life” is extremely difficult to process. Claire Denis injects so much nihilistic philosophy in her film that even the most heart-warming concept in human’s life – observing a baby make its first steps – rips your chest wide open. In Denis’ film, the sweeter parts fade quickly, taken over by the ubiquitous bitterness.

First and foremost, Pattinson is a phenomenal choice as the lead. He has proven himself to be capable of pulling off an introvert, conflicted character before, but now he masters that craft in “High Life”. Monte is a chameleon in human skin. At times he’s scowling at the rest of his crew, but within minutes his face turns lighter as we observe his captivating moments with little Willow. Pattinson beams confidence and understanding of his role. 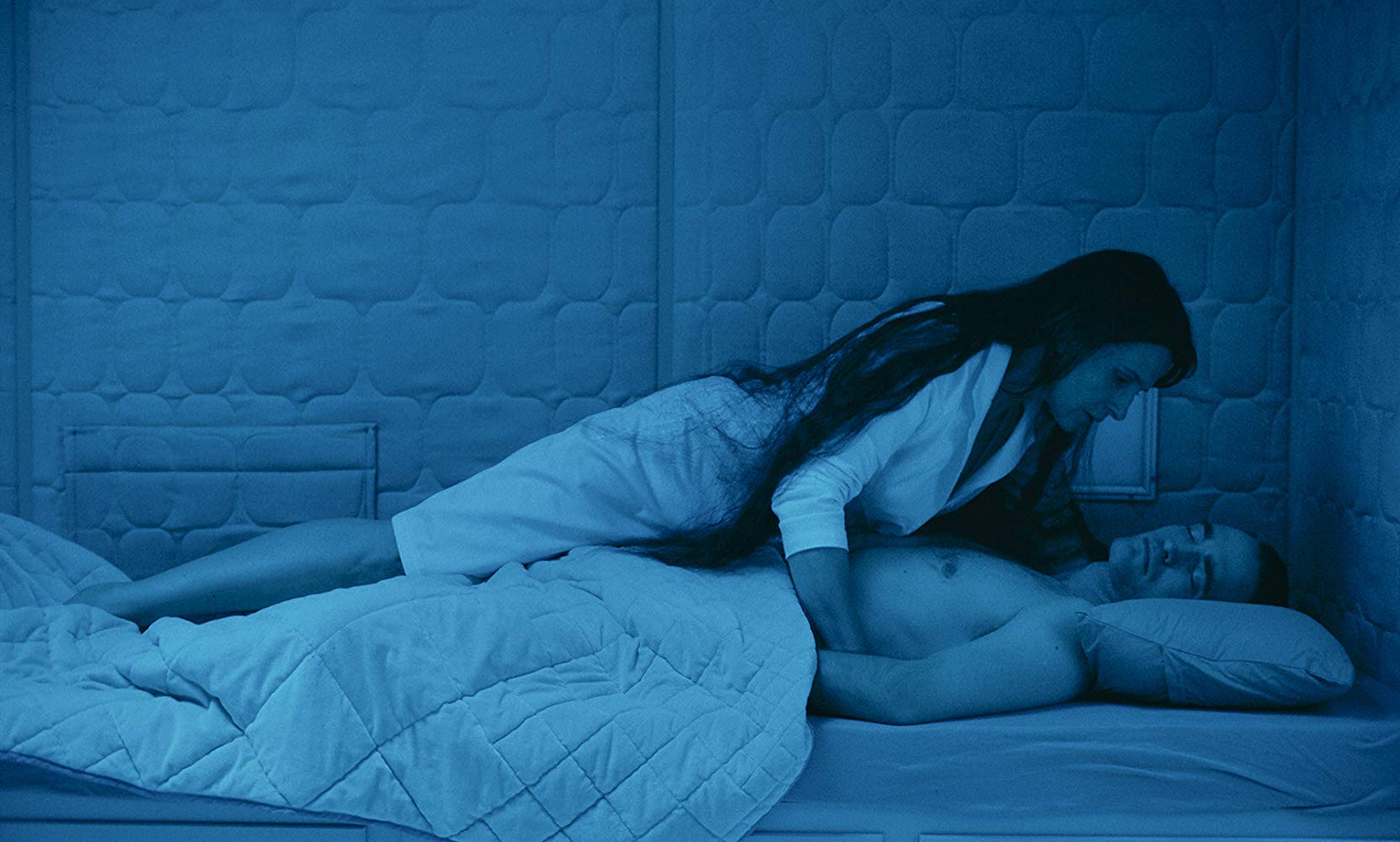 Frankly, Monte’s character reflects why “High Life” is a tiring film. The sinusoidal tendency of ups and downs is a constant reminder of how much deeper it digs in comparison with most of the skin-deep movies nowadays. At the same time, it meanders so swiftly that it’s easy to lose track if you do not pay enough attention. Claire Denis cautiously jumps from genre to genre – “High Life” is viciously brutal when its characters turn into animals, allocates itself among indie sci-fi darlings like “Moon” and bites hard enough to call it an ambitious drama.

The screening during the Warsaw Film Festival has ended with a complete, overwhelming silence. I’ve overheard some comments, where people didn’t conceal their dissatisfaction with what has just happened. Boring, kitschy, corny, repugnant – those were the words that resonated the strongest among the cacophony of discussions.

“High Life” is undeniably repugnant. A solo sex scene with the so-called Sybian saddle performed by Julliette Binoche is a dream come true of Gaspar Noe’s and Lars von Trier’s fans. But not everyone will be so fond of it. It lasts to an unnerving length, giving the vibes of the auteur cinema at its most audience-testing form.

People confined within a small space (and going batshit crazy too) is not a new concept in sci-fi. What is new is abandoning the tropes we’re all used too – the panache, the epic galaxies and aliens. Instead of it all, in the most vivid and literal way, “High Life” is a film about nihilistic vision of human morality decaying slowly. When you allow it to speak for itself, this small sci-fi drama hits you as hard as “Leftovers”. And you don’t need a slimy monster to make people do terrible things.

When you approach it this way, Claire Denis’ film reaches a new depth. Monte – as the only person who chooses chastity and control over his animal side – becomes a natural leader, the strongest wolf in the pack. It’s the only person, who remains relatively sane. There is hopelessness everywhere he looks – the ridiculous mission nobody believes in and the understanding that this is the way of throwing the “trash” of the society. But he still keeps his act together. 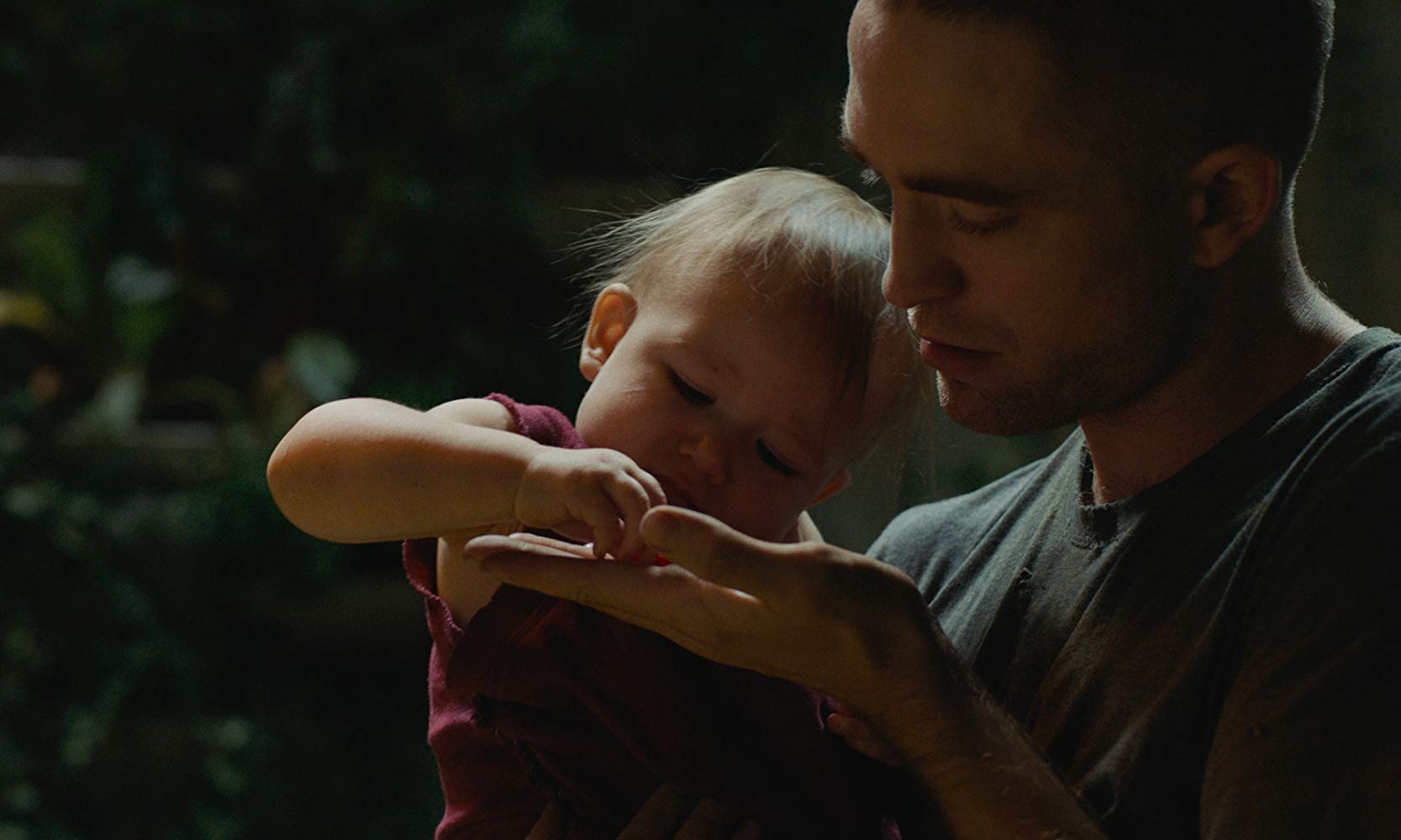 Is “High Life” boring or kitschy?

It’s my very personal view, but boring films are usually not as holistic in the way they provoke the viewer. Boring means not engaging, bland and without a purpose. “High Life” has a clear purpose, an even clearer message.

The “kitschy” argument is the only I could consider to be true. In fact, “High Life” is uneven. There are moments of fireworks – like the dark hole presented as a sphere with gold sparkles around. Fans of sci-fi will get a “Sunshine” and more recently “Annihilation” vibe from it. Some parts of the cinematography are remarkably executed. On the other hand, even though most of the shots are limited to the ship’s sterile interior, the design is cheap. Do not expect “Interstellar” here.

“High Life” took me on a very unusual trip during that Friday evening. I was moved by the intimacy of Pattinson and his lovely, charming daughter – it felt as if Xavier Dolan took over the camera for a while. Denis has also delivered shivers when her darling turned nasty and graphic. Finally, the director pierced through the genre’s tropes and found an inventive way to talk about the mundanity of life, setting aside the grandeur of science-fiction. Because even millions of miles away from Earth, people remain the same, flawed creatures.