Not many filmmakers are capable of dividing the audiences as much as the Grand French Provocateur – Gaspar Noe.

The plot of “Climax” revolves around a group of dancers, who – after a series of brief interviews – are to participate in a project that involves shows around the world. After one of their rehearsals, the steam goes off during a party, which quickly runs pretty wild.

Before Gaspar Noe closes the door in the neon-filled, hermetic building, all of the dancers are given a few minutes to open up in front of the camera. Asked about their passions, their sex preferences and dreams, they paint the picture of a motley consisting of talented, if down-to-earth (even crude in their honesty) people.

It all seems ordinary, but there is an intricately placed concept for those with an eye for detail. When each one of the dancers shares their secrets, Gaspar Noe foreshadows what you’re about to see later on in “Climax”. The shelves that close the frame around a vintage television set (where the interviews are displayed) bend under VHS tapes – among them are “Suspiria”, “The Inauguration of the Pleasure Dome” and “Texas Chainsaw Massacre”. All these translate to narcotic visuals, surreality and heavy, horror-like atmosphere.

It’s Noe giving the audience the unique opportunity to buckle up before the real acid kicks in. 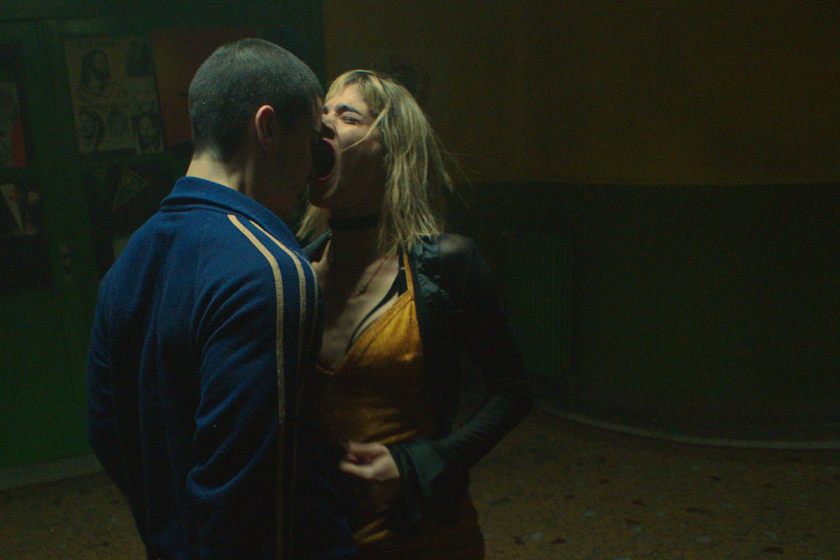 Gaspar Noe wouldn’t be himself if his film didn’t touch topics like drugs and sex in the most vivid, invigorating manner possible.

While “Climax” does hint to all both these themes, it’s miles away from “Love” – it actually might be Noe’s pinnacle.

This is, however, only the prelude to what’s further on the horizon. Noe follows the breathtaking routine segment with his camera impersonating an observer, almost as if the audience blended into the party. It catches up with the artists, overhears their conversations and pursues those who seem more interesting than others. At the same time, things slowly derail as the acid-fortified punch kicks in. 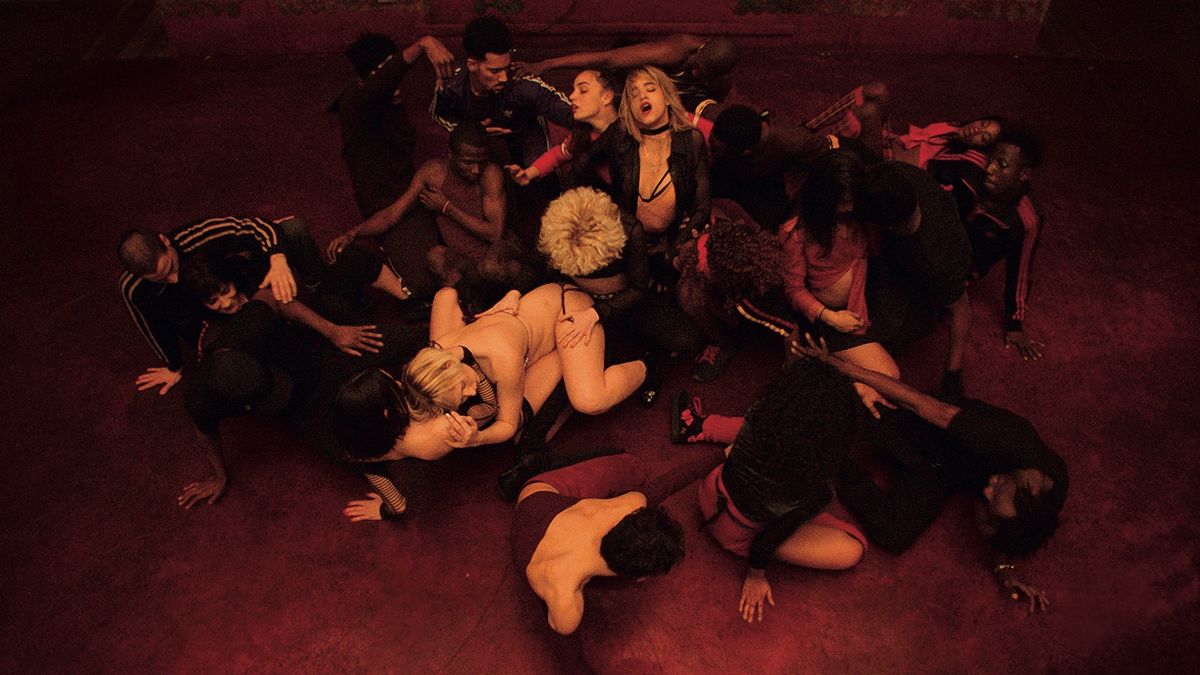 From that point and on, Noe turns this inspiring dance session into a full-blown dans macabre.

His dancers get nastily high after drinking and, confined within the walls of one building, they succumb to the nightmarish side of the disco extravaganza.

The way this atmosphere gets dense and unnerving, causes “Climax” to strongly remind of not only Noe’s previous works, but also last year’s “Good Time” or “Fear and Loathing in Las Vegas”. There is not a single moment, when things are calmed or get even slightly less engaging. If we’re not watching the characters dancing high as kites, they fall under the influence of drugs, depraving themselves of sanity and morality.

Although observing them is highly uncomfortable and tiring, Noe’s directing sharpness keeps your eyes glued to the screen. The film is not tied to one protagonist, which allows the story to freely bounce, from one chaotic bit of a story to another.

Despite that razzmatazz, Noe does tell a story. It’s a patchwork, made from hearsay, volcano of emotions and simple minds that want to have fun. But an intelligent, thoughtful patchwork. Notwithstanding the way it sounds, it gives life to a fantastic surreal experience.

While we descend into the mind-drilling “get-together”, Noe saturates “Climax” with enough style to divide between few more movies.

The obvious peak is the soundtrack, which draws from the 70s, but also modern artists like Aphex Twin. The entirety of this score is a fantastic tool in the hands of Gaspar Noe. So are the actors, who – given the incredibly tiring experience when shooting the long takes – all give extremely credible performances.