“Braven” offers everything that a solid blockbuster should include – a simple story, a reasonably motivated characters and well-directed action sequences.

Joe Braven lives happily with his daughter and wife, working as a logger. His father, who recently suffered in a serious accident, struggles with memory losses. One day, fate brings Joe and his father to a cabin in the woods, which also becomes a secret drug stash of a local gangster.

Jason Momoa is not the exact type of actor, who accelerates my heartbeat. His roles are usually limited to muscled, silent brutes (“Game of Thrones” and “Bad Batch”). Him pairing up with Stephen Lang – a theatre actor that most recently made a worthwhile film appearance in “Don’t Breathe” – was little of an encouragement. 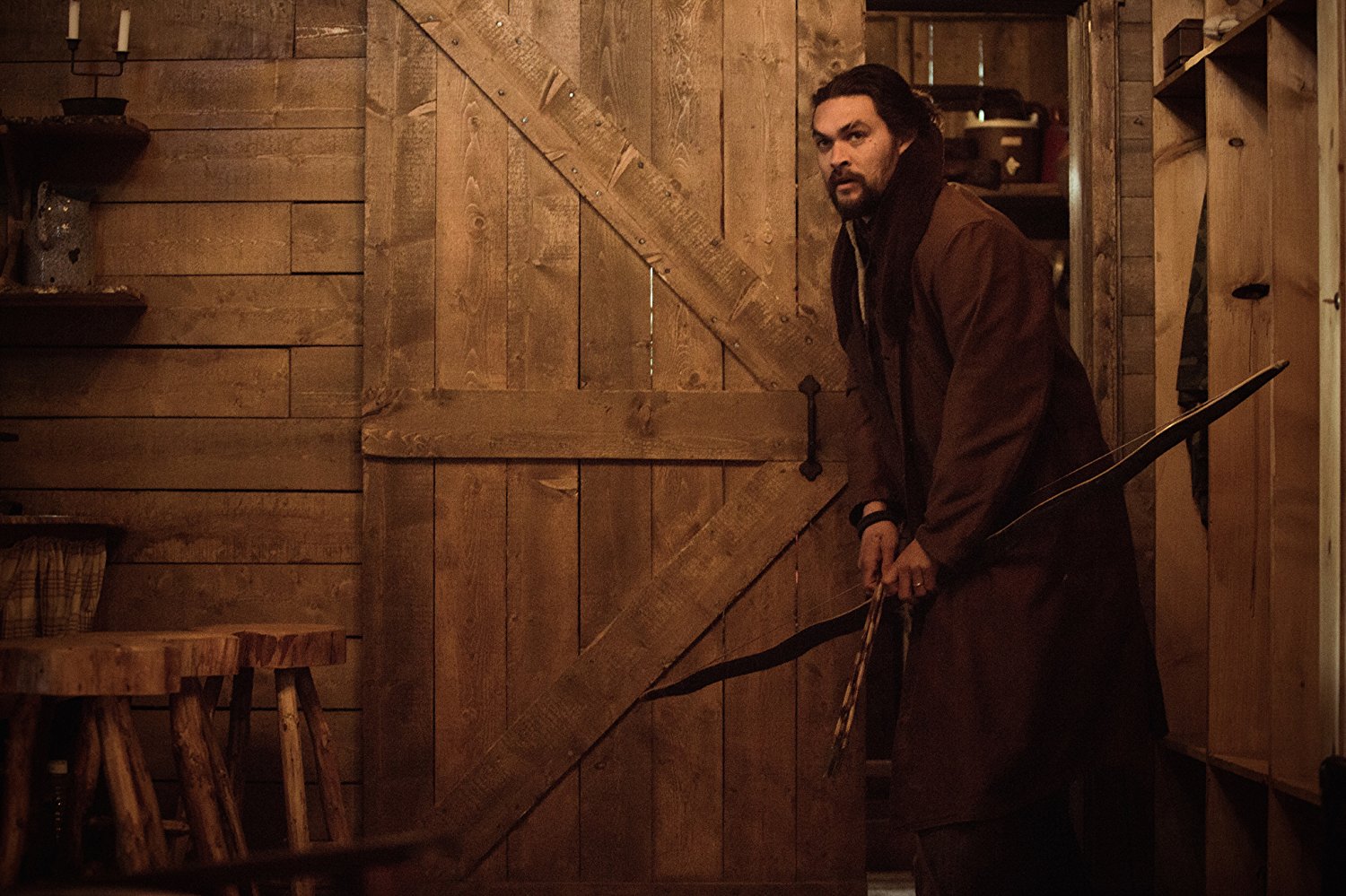 Contrary to my expectations, Momoa and Lang were a fitting duo. Momoa’s athletic figure is key to the film’s speeding action. There is little of true acting in “Braven” on his side, but those short bits are at least a decent effort. He found a balance between a hefty logger-turned-cruel and a warm, family man. Lang, on the other hand, provides the nuanced drama with his genuine performance. As he did in “Don’t Breathe”, his sneaky character evokes mercy, but when he needs to, this fragile man turns deadly.

In a way, “Braven” requires the viewer to turn a blind eye at the simplicity of the plot. Do not wonder why Lang’s character, suffering from memory losses, all of a sudden takes a gun in his hand and kills with cold blood. Or who really is this weird drug dealer, who comes round with a bunch disposable gorillas. Digging deep into questions concerning the plot can only cause a headache. 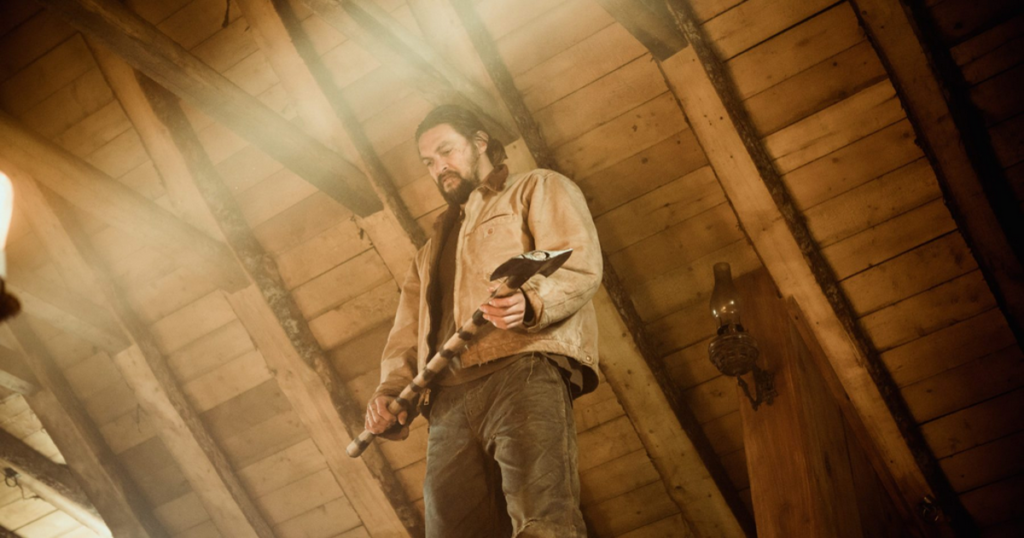 The background of the debuting director casts a shadow on the entire film too. Lin Oeding worked as a stuntman and stunt coordinator on sets of – among others – “Inception”, “Straight Outta Compton” and “True Blood”. As a result, Oeding’s experience allows him to cover plot problems with very real, credible practical effects. Momoa shows off his muscular body (only once!) and performs lots of bad-ass stunts. The scenes with snowmobile dashing in the forest are especially intense, which for a small-budget film like “Braven”, is even more praiseworthy.

Surprisingly, “Braven” is far from a calamity I anticipated at first. In fact, as generic as it may be, it is also an engaging action thriller, which glues to the screen more than some of this year’s Oscar nominees. 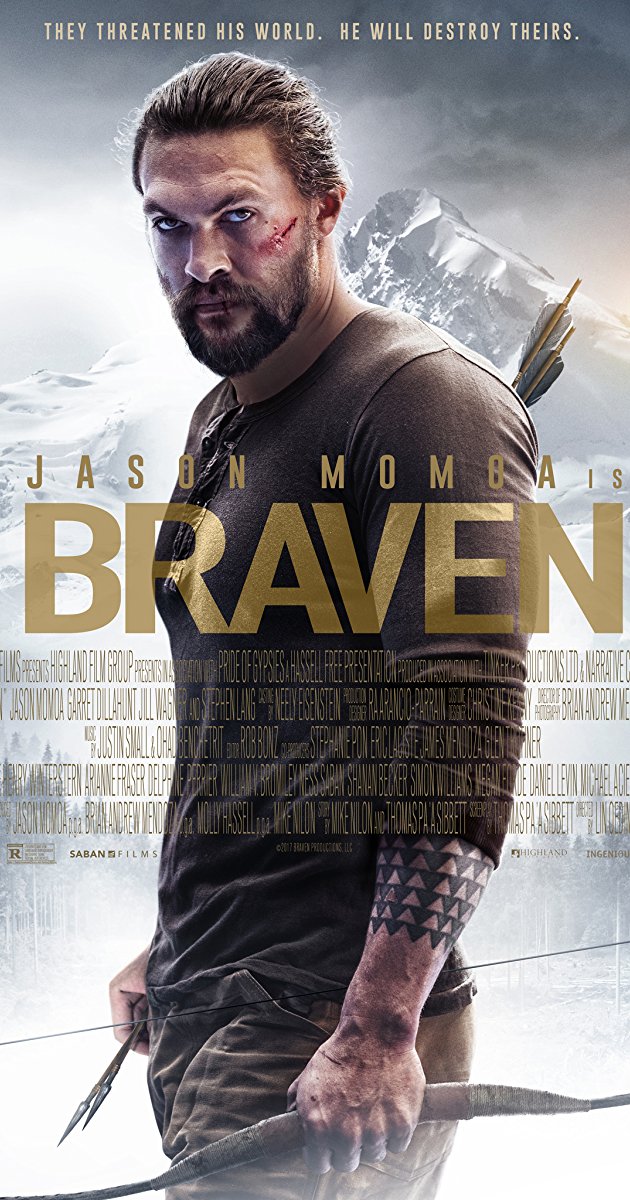