Only once in a while, there happens a movie so invigorating in philandering with genres.

In the very first scene, a low-key crook Connie (Robert Pattinson) drags out his mentally challenged brother Nick (Benny Safdie) right from a therapy session. Soon the two men commit a bank robbery, but not everything goes as planned. Nick is arrested, whilst Connie tries to retrieve their money, at the same time being under the radar of the police and mass media. The rope tightens around his neck.

Fugitives portrayed in films usually possess a kind of indisputable charm. No matter what they did in the past, we love the romantic pursuits after them. It’s the thrill of breaking out of the shackles, a desperate ride to the freedom. We feel so, even if the ending is obvious . As Ben Mendelsohn’s character in “Place Beyond The Pines” wisely said – “if you ride like a lightning, you must crush like a thunder”.

Connie, however, is not the charmer that can shoot guns, and still enjoy audience’s empathy. To plant that seed in our minds, the directors use the protagonist’s brother. It’s the most powerful description of Connie we could get. From the first scene, we observe Nick’s struggle to open up, the deeply hidden pain and fear. Few minutes later, he descends to hell, because his brother is a destructive force that drags him there. The mentally challenged, asphyxiated with his own uncertainty Nick, is a symbol that gives meaning to the whole journey we embark on with Connie.

Once Connie is left alone for total exposure, Pattinson carries the film with an incredible intensity and self-confidence. The actor has left the kitschy career beginnings far behind and seems to be ready to become an indie star.

Connie is a multi-layered character. He reminds of a chameleon that adapts itself by changing colors. He swiftly fits himself to the increasingly absurd and unpredictable series of events. Moreover, Connie is capable of spraying havoc when he’s forced to, as well as bring out a disturbingly hypnotizing, malevolent presence. His character is both a protagonist and an antagonist of “Good Time” – a structured, slick crook, who happens to be a fascinating partner for a wild ride into chaos. 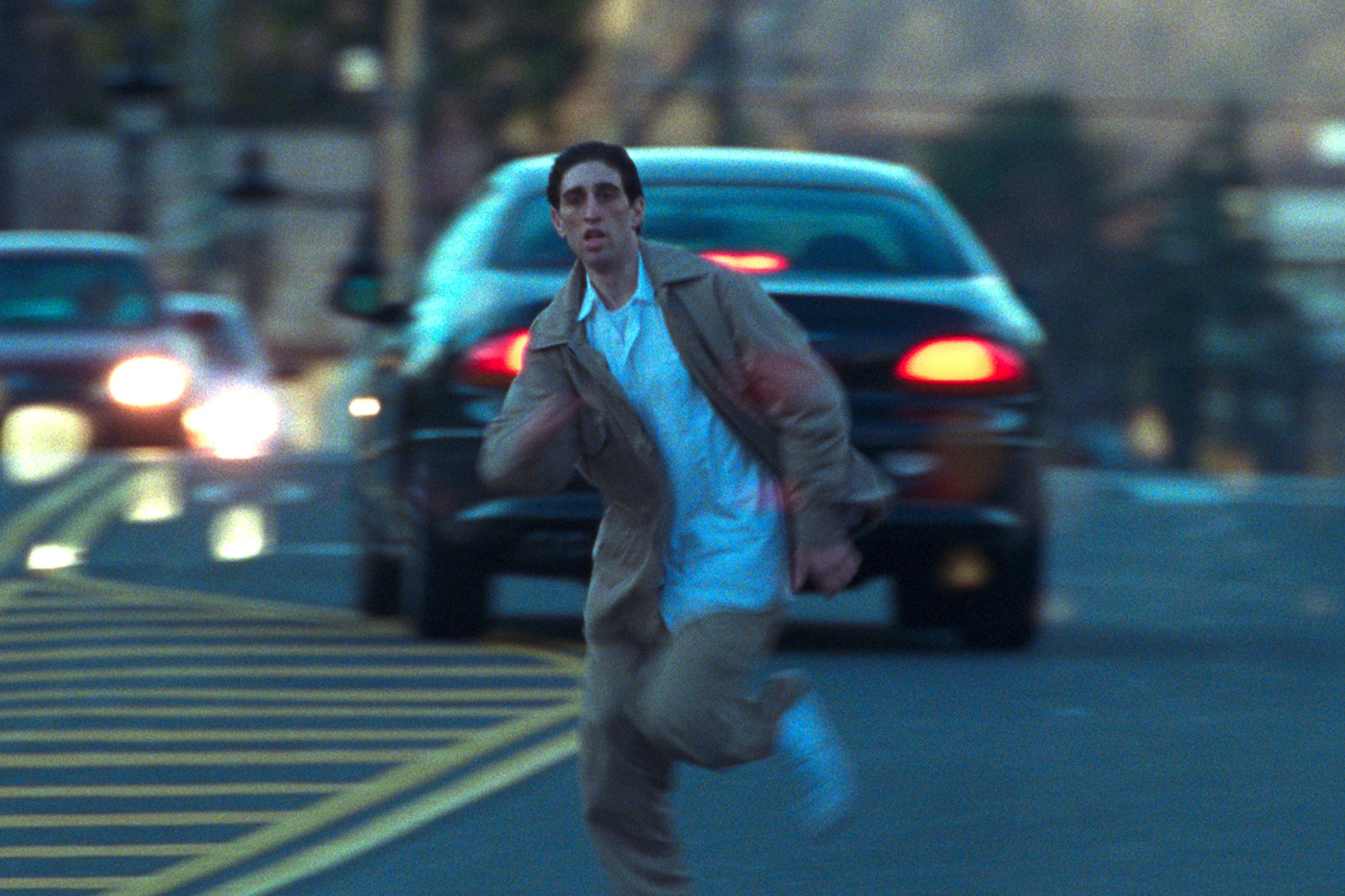 Although Pattinson is in the center of things, it’s the Safdies’ vision for the whole spectacle that allows the actor to fully spread wings. The film’s pacing is impeccable, allowing the viewers to feel the chaos spreading. Connie’s runaway is not a symbolical ride towards freedom – it’s a mad man’s delirium. The spiral he pushes into a swirl takes many turns and he quickly loses the control over the situation.

To emphasize how lost Connie becomes, the directors make use of the hermetic interiors, as well as the pulsating neon lighting. The entire city’s exuberant ecosystem of lively streets fuses with Daniel Lopatin’s synth-wave soundtrack, causing the mayhem to be even more riveting. This whole nightmarish escape feels like a bad dream that Connie and Nick share with the audience.

I also liked how “Good Time” fluently flows through various genres. At the first glance, the Safdies are obviously under influence of Quentin Tarantino’s early works. The dialogues are sharp, whilst characters remain mysterious for most of the time (brings to mind “Reservoir Dogs”). We never learn the motives that pushed Connie to commit the robbery or to bring Nick into it all. Yet contrary to the author of “Pulp Fiction”, the direction here is raw, almost like a document watched on acid. Furthermore, the character-driven approach allowed “Good Time” to slip into a kind of psychological drama at some point. It’s a dangerous mixture, but hell of a gluing-to-screen one.

“Good Time” is a spellbinding, visceral wild-ride. Joshua and Benny Safdie aimed at the same kind of rawness in their previous work (“Heaven Knows What”), but only now have they achieved the expected outcome. Their film is rich in genre mixing. It includes one of last year’s best leading role and a memorable, creative soundtrack, which, all in all, is a material that will surely become a cult indie classic in a few years.

Shame on you, dear Academy voters.