“Assholes” is a film that literally defecates on the viewer. It provides the same amount of “fun” as either constipation or diarrhea.

Peter Vack’s “Assholes” depicts a vaguely romantic (though the film is listed as romance on imdb) relationship of Adah and Aaron. They both go to the same analyst and suffer from a nauseating addiction to the disgusting deviations.

There are two types of disgusting movies. One is a provocative challenge for the viewer. A film immersed in its own filthiness, however it manages to go beyond that. Such film is much more than a fiesta of what’s disturbing and repelling. Think of “Freaks” and “Salo” – both were batshit crazy and caused the audiences to hate the authors. Despite that, years have past and these two titles are still discussed.

Then, there is the second type. 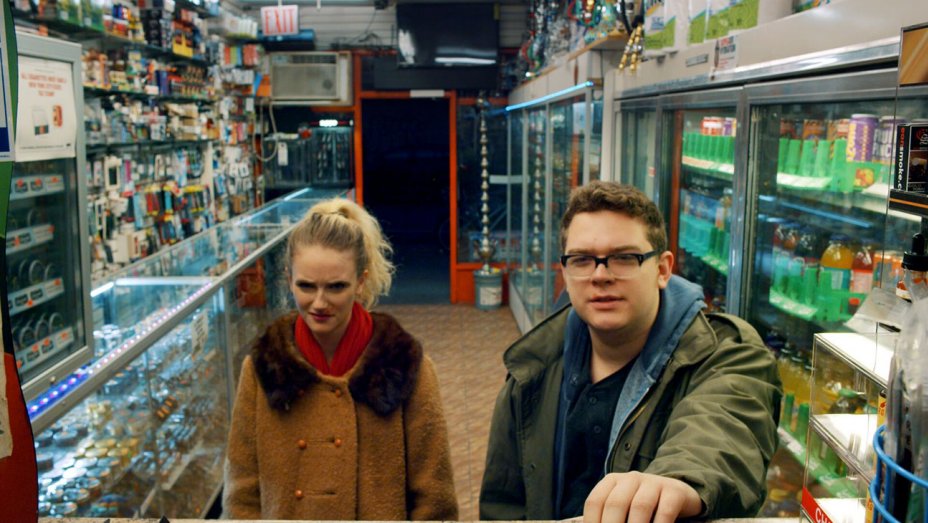 “Assholes” aims at being an indie darling, a representative of the modern sexploitation. It is as far from achieving it as Trump is from building the wall.

There is a handful of imagery that might cause you to puke your guts out. There’s a scene, in which Adah and Aaron are jammed together in a sixty-nine. A different sequence exhibits the duo licking each other’s butt in the infamous “centipede” position. I was also delighted to see Aaron’s penis covered with herpes.

Yet apart from these few moments, when Vack’s film at least evokes emotion (=disgust), this whole effort is spectacularly pointless. Adah and Aaron are both incredibly shallow and uninteresting. Their chemistry is extremely artificial, which is further weakened by the lousy script. Their unhealthy relationship carries the same amount of substance as the love story in “Birdemic”. To those unfamiliar with this title – it means there’s none.

I must say that I was hyped to see Vack’s film. Especially after reading the review of David Ehrlich from Indiewire, as he claimed “Assholes” was one of the most disgusting films ever made. It’s an instant must-see for me, because I love cinema of crossing borders. I named “Kuso” one of the best films of 2017…

However “Assholes” did not manage to even make me puke. Which – considering the mission of this cinematic endeavor – seems like an ultimate failure of the creators.

Cast: The director’s sister as a butthole-licking freak. Nuff said.