“Star Trek: Discovery” has been a hit-or-miss – here’s the five most “prominent” examples of its drawbacks.

“Star Trek: Discovery” has firstly aired in 2017 and was continued in 2018. Contrary to Netflix’s most common tactic of bingewatching, the platform premiered the episodes each Tuesday.

The story’s main character is Michael Burnham (Sonequa Martin-Green), a member of the Starfleet crew, who – after a series of rather unfortunate events – lands on the deck of U.S.S. Discovery. The ship is flown under the command of Captain Gabriel Lorca (Jason Isaacs). The series tells the story of the war with Klingons, who endanger the piece in the galaxy. 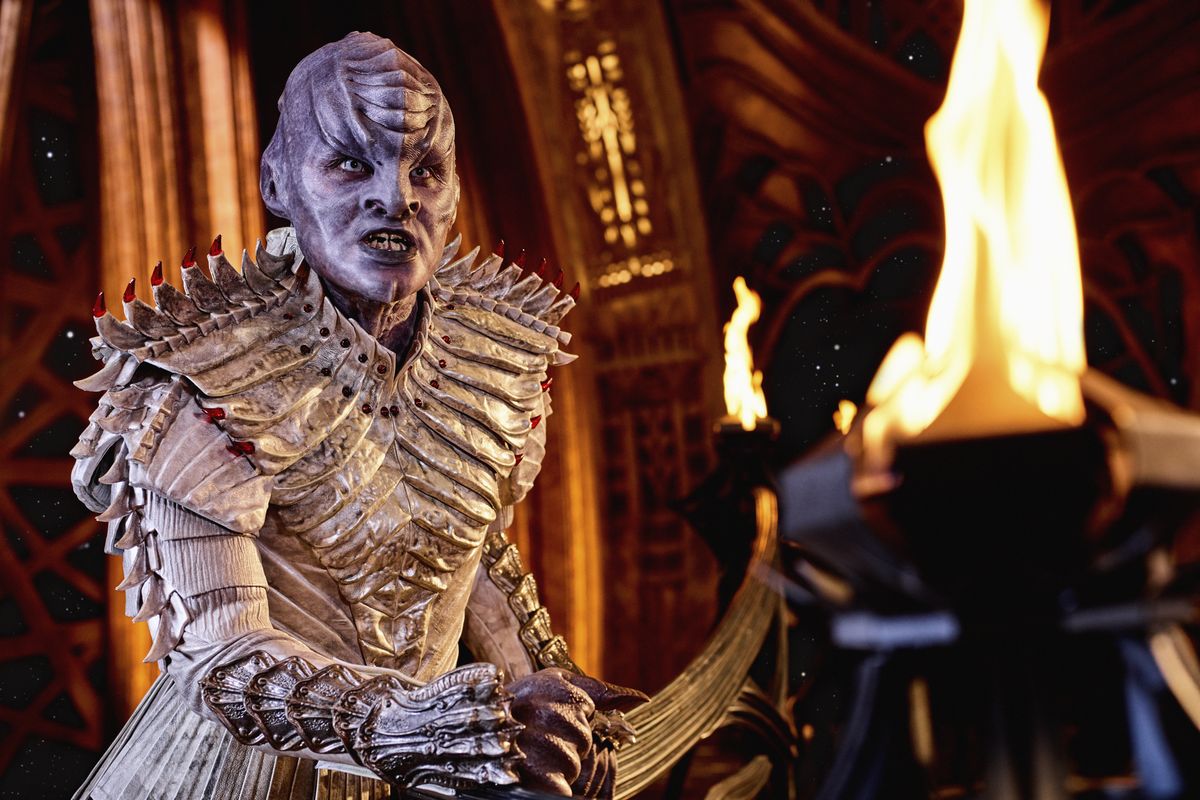 #1 The Klingons are not scary


The design of the space warrior race is splendid – the ships, the heavy, devilish armors and ending even their own growling language. Their aim is to destroy everything on the horizon. The Klingons should be badass, because their race seems like an ultimate destruction force. Their space vessel’s shield is constructed with Klingon dead warriors in coffins, for God sake!

I should have no reason to hate that part, right?

If you consider the time that the creators have spent on painting the image of the all-mighty predators of the galaxy, you might be surprised how ill-inspiring these savages are on screen.

The Klingons look cool, sound cool (though most of the Klingon language sound like their having real struggle speaking), but their battle rage is very poorly exhibited. There is no epic battles going on, no fireworks. We often hear about them wreaking havoc on the ships of the Starfleet, but the real battle is always somewhere away from the screen. All we are left with is… conversations. 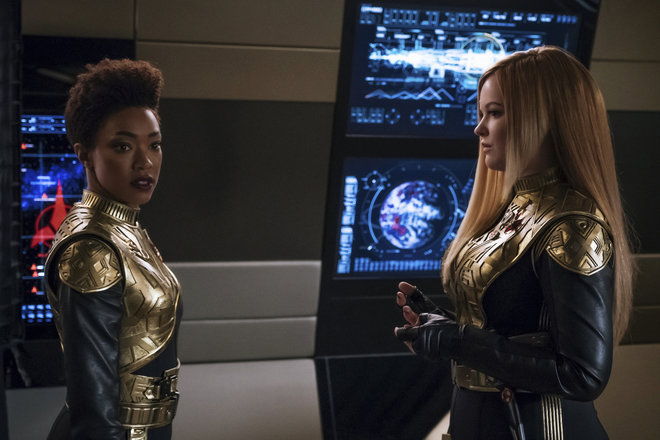 #2 The plot rarely allows the series to breathe

The greatest thing about science fiction is this genre’s ability to foster the imagination beyond our earthly things. Kubrick’s visionary “Space Odyssey” had a tremendous elan served over 3 hours of the run-time. “Blade Runner” offered a controversial concept of robotics becoming humans, whilst “Star Wars” has grown into a religion.

All of the above examples had one thing in common – there was a lot of “breathing space” for the viewer. You could immerse fully in those imaginary worlds.

That’s exactly what you can’t do in “Start Trek: Discovery”. The series deals with its plot in locked, blueish rooms and labs, occasionally jumping to other spacecrafts. But the galaxy in Netflix’s production is somehow cramped, as if the endless plains of stars and planets were a one-dimensional roll in the background. There are attempts to change that (even successful ones as in the episode with the Pahvo planet), but unless they become a common course of action, “Star Trek: Discovery” will remain hermetic and confined.


One of the early episodes showcases this very scene:

Admiral Cornwell – the boss of the U.S.S.’s Discovery chief of command Captain Lorca – is about to pay her subordinate a visit. The beginning is extremely official, but once the two are left in a room, magic happens. Lorca sets the mood with some cheap jazzy beat in the background, pours his finest whiskey and quickly jumps to action. Next thing we see is the aftermath of that calamitous scene, when the two lay in bed.

The way “Star Trek: Discovery” handles intimate scenes is the perfect reflection of the series’ entire problem with embracing the cinematic language. Undoubtedly, there’s still a puzzling belief that without a romance on the deck, the audience would find it hard to go through. Yet sometimes, it is better to leave things a bit cold and lacking in cheap love stories. 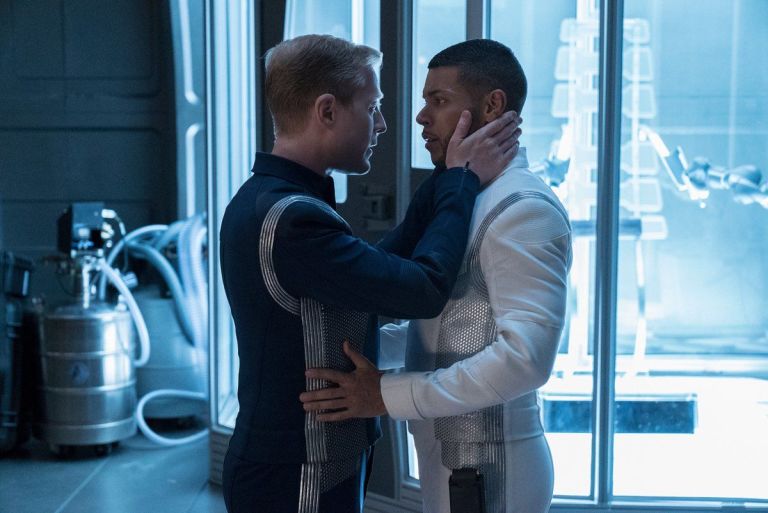 #4 The terribly over-complicated language is a pain in the ***

I’m no native speaker, but I speak English well enough to understand most of films and TV series without much of the dictionary help. But every episode of “Star Trek: Discovery” tests not only my knowledge, but most importantly – my patience.

This linguistic over-complexity stems from the fact that the creators really wanted to be meticulous in creating the Star Trek universe. It’s praiseworthy at the conceptual level – the space aircrafts, wars and planets do require some specific vocabulary. Furthermore, the crew of the U.S.S. Discovery is confined within so many regulations and protocols that their communication needed to sound inhuman.

However, there’s a difference between providing the necessary scientific background and making the viewer feel awfully uneducated and bored. The entire crew loves to dive into disputes concerning mycellial networks, parallel universes and “commingling abstruse blips of the universe“.

Fortunately, it happens very occasionally that this highly advanced jabber is of utmost importance to understanding the plot. Which is a good thing, but still – wouldn’t it be ice to fully immerse in the series without WordReference.com open on the neighboring tab? 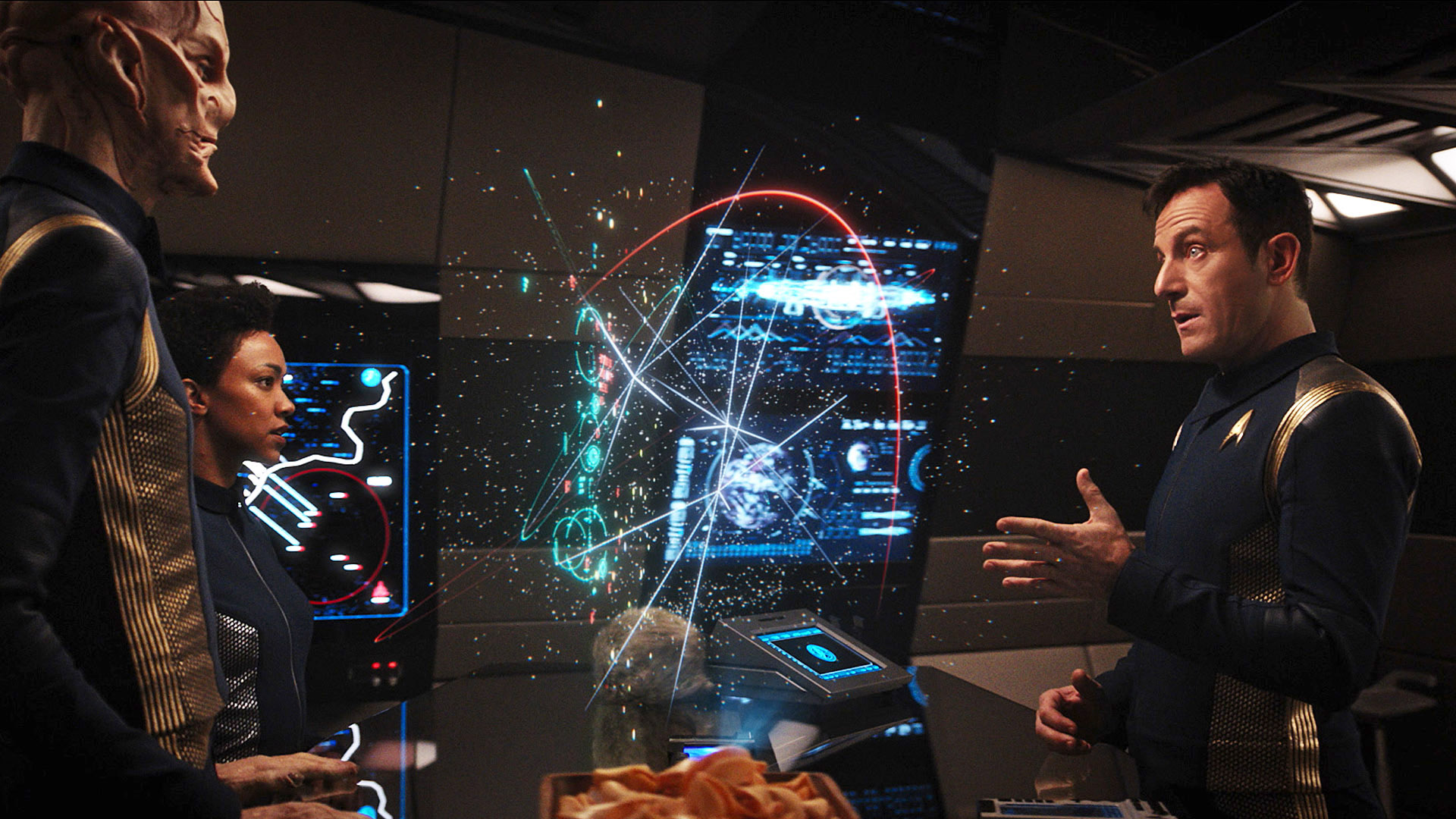 #5 The galaxy is rather… small

You know what I love about the prequels in “Star Wars”? The space.

Even though the CGI is often bad, those three films painted an amazing picture of the galaxy. There was a lot of different planets, species and incredibly imaginative stuff that made Lucas and his team such a genius ensemble.

What do we have in “Star Trek: Discovery” is a series obnoxiously shut in stifling corridors and inhuman interiors. There’s hardly ever any space to breathe. After few episodes, even the gigantic spaceship is nothing but a few rooms.